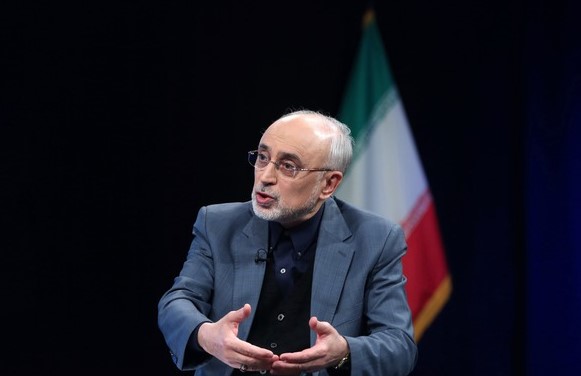 The head of the Atomic Energy Organization of Iran (AEOI) has reiterated Tehran’s demand that US sanctions against the Islamic Republic, especially those on the country's banking ties and oil exports, be lifted.

Speaking to Ayatollah Khamenei’s official website, Ali-Akbar Salehi noted that whether or not Washington will return to the Iran nuclear deal, officially known as the Joint Comprehensive Plan of Action (JCPOA), is of no concern to Tehran.

“We are not insisting that that the US return to the JCPOA, nor are we in a hurry for the US to do so,” he said.

“Rather, our logical and rational demand is that sanctions be lifted,” he added.

He underlined the most important sanctions are the ones imposed on Iran’s banking and oil sectors.

Salehi added the banking sanctions should be removed, so that Iran will be able to easily conduct international banking transactions.

If oil sanctions are also lifted, he said, Iran will be able to easily sell oil, too.

He said the government will abide by the parliament’s legislation, which has envisioned certain measures if US sanctions are not lifted.

He further noted that the Islamic Republic’s distrust of the United States is based on realities.

Salehi said Iran does not trust the US, and the Americans do not trust Iran, either.
“Our distrust, of course, is based on realities, and shows our rightfulness, while their distrust of us is based on the proverb that says ‘every madman thinks all other men mad,’” he said.