US Pressure on Iran a Non-Starter, Official Says 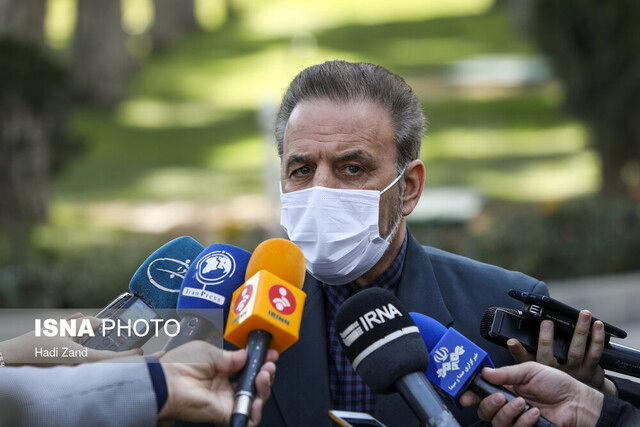 The chief of staff of the Iranian president has highlighted the failure of American sanctions and pressures against Tehran, saying Washington has no option but to change policy towards the Islamic Republic, no matter who wins the US presidential election.

Speaking to reporters on the sidelines of a weekly cabinet session on Wednesday, Mahmoud Vaezi reminded the White House of the “futility” of sanctions and pressures on Iran.

“Whatever happens in the US and whoever takes power –be it the current administration or another president– will be mindful that the US cannot achieve results against this (Iranian) nation, this government and this establishment through pressure,” he underscored.

Pointing to the “tough conditions” resulting from the US sanctions, the president’s chief of staff thanked the people of Iran for “realizing that the administration, the government and the three branches of power do not accept such conditions, as they are doing their utmost, but are not going to give in to the enemy’s pressures or bow down.”

“This is the price we are paying for our independence,” he noted.

While the enemies had formulated plans for Iran’s economic collapse within three months, their plots have gone nowhere after two years and nine months despite all the pressures and sanctions, Vaezi added.

The US has launched a fierce war against Iran with maximum power, he noted, saying, “The fact that the Supreme Leader says ‘we are facing a serious economic war with a person and a group that does not respect any principles’ (is a proof of) what the thugs do.”

He then touched on the recent sanctions the US has imposed on 18 Iranian banks, saying Tehran had made arrangements beforehand to deal with the sanctions since two months ago.

Iran would not make its plans public, because the enemy may block the new ways for Iranian trade, he added, noting that most of the Iranian ministries working with foreigners use “special methods” to bypass the sanctions.

“However, we would pay a higher cost. Under normal situation, we could have handled the exports more easily and our imports would also cost less. All in all, the situation is difficult. We have always maintained that we are sorry for people, we are sorry because of the pressures,” Vaezi stated.

“There is no other option for it (the US) to change stances. Those who had made plans for three months (have gone nowhere) after two years and some nine months now. So I believe that the situation will be better in future, God willing,” he concluded.