US President Accuses Iran of Seeking to Develop Nukes 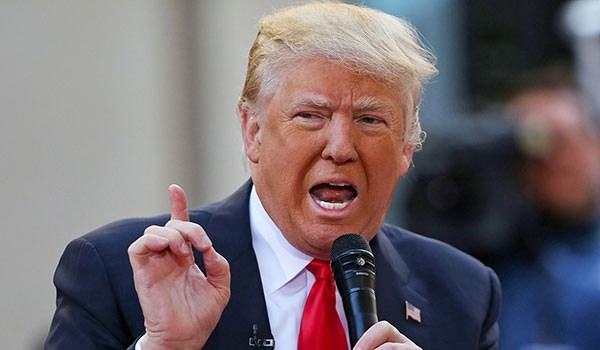 US President Donald Trump has once again accused Iran of seeking to develop nuclear weapons, arguing that he would prevent Tehran from ever gaining nukes.

“I will do more to prevent Iran from ever developing, I mean ever, a nuclear weapon,” Trump said on Wednesday during a joint press conference with Israeli Prime Minister Benjamin Netanyahu at the White House.

He also called Iran’s atomic program a threat to Israel, which is believed to possess the only nuclear arsenal in the Middle East.

“The security challenges faced by Israel are enormous, including the threat of Iran’s nuclear ambitions, which I’ve talked a lot about,” he said.