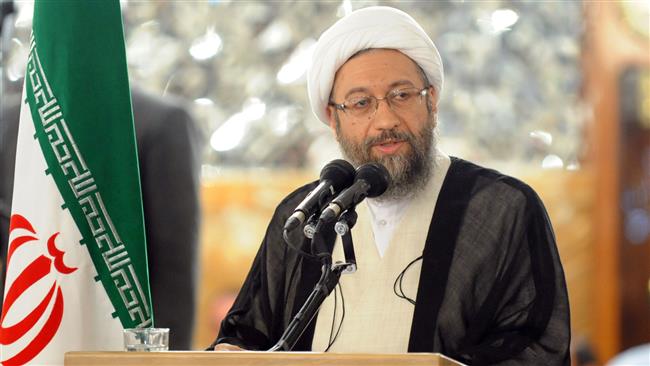 The Europeans and Americans must stop exporting terrorists to the region, Ayatollah Sadegh Amoli Larijani said.

The judiciary chief has condemned the recent terrorist attacks in Lebanon and France, stressing that US statesmen should stand trial for the creation of IS.

“US statesmen should not only be reprimanded but they should stand trial for supporting terrorist groups and creating IS,” Ayatollah Sadegh Amoli Larijani said Monday.

He added that Western countries, particularly the US, and all countries in the region which support IS should be held accountable for recent terrorist crimes.

He lashed out at Western countries and their reactionary allies in the region for supporting IS, al-Qaeda and other terrorist groups.

“The Europeans and Americans must stop exporting terrorists to the region,” Amoli Larijani said, warning that terrorism will come back to haunt Western countries that backed it.