US, Israeli advisors arrested in Iraq’s offensive on ISIL: Report 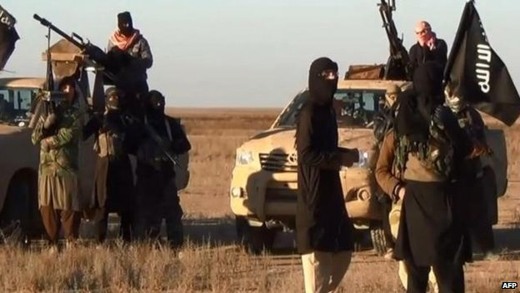 In a counter-terrorism operation near the Iraqi city of Nineveh, four foreigners acting as advisors to IS terrorists – three from the US and Israel – have been arrested.

In an operation in an outlying area in Iraq’s province of Nineveh, counter-terrorism forces arrested four foreign advisors – three of them from the US and Israel – who were employed as military advisors to the ISIL fighters, Iraqi sources said.

According to Iraq’s Sama News Agency, three of the arrested advisors have American and Israeli passports, and the fourth is a national from a Persian Gulf Arab state.

The foreign advisors have been captured in a headquarters responsible for the control of ISIL operations, located in the northern province of Nineveh.

The report also added that a number of other ISIL fighters have been killed in the operation, codenamed the Scorpion Sting.

The detained foreign advisors have been transferred to a security center in capital Baghdad.

Since March 2, the Iraqi troops, backed by voluntary forces, have launched an offensive to recapture Tikrit and the surrounding province of Salahuddin.

The offensive is the biggest military operation in the province since the ISIL terrorists seized swaths of north Iraq last June and advanced toward the capital Baghdad.