US Has No Right to Activate Snapback Mechanism, Zarif Writes to UNSC 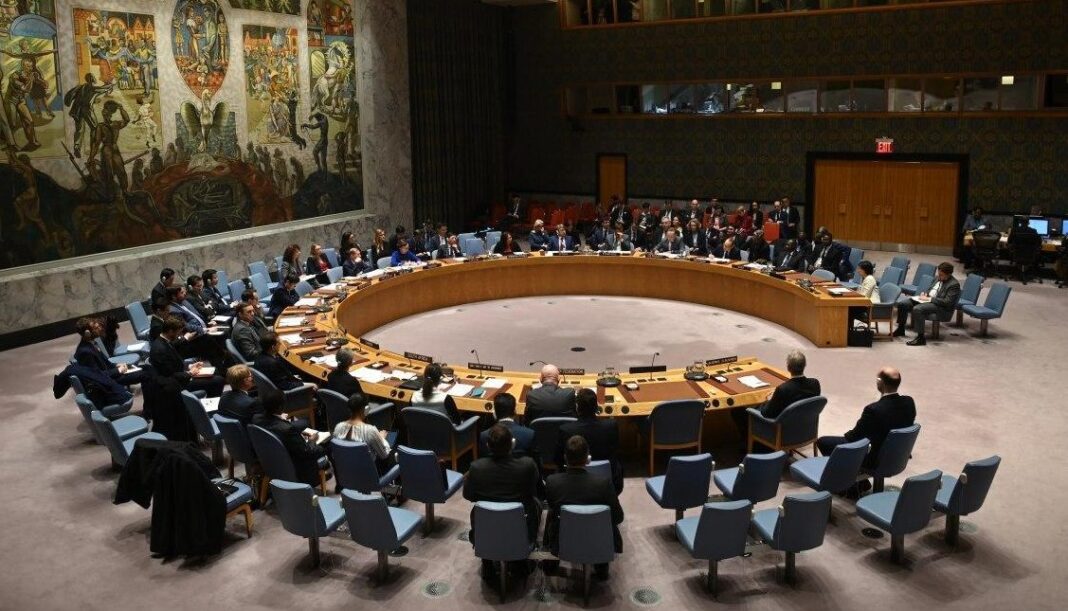 Iran’s Foreign Minister Mohammad Javad Zarif has, in a letter to the chairman of the UN Security Council, blasted the US' attempt to return the UNSC sanctions on Iran, reiterating that the US has no right to reapply provisions of a deal it has already left.

In the letter, released on Thursday, Zarif called on the UN Security Council and international community to dismiss the US action.

The letter was handed over to the Indonesian president of the council by Iran’s Ambassador and Permanent Representative to the United Nations Majid Takht Ravanchi.

The full text of the letter reads as follows:

The term “snapback” is never employed in either the Joint Comprehensive Plan of Action (JCPOA) or UN Security Council Resolution 2231. Rather, the US has intentionally used the term to connote rapidity and automaticity. The wording in UNSCR 2231 is actually “reapplication of the provisions of terminated resolutions”, which requires an elaborate time-consuming process—intended to preserve the JCPOA, and not to destroy it.

It is clear that the US has no right to the “reapplication of the provisions of terminated resolutions” against Iran for the following reasons:

I. US Terminated Explicitly its Participation in the JCPOA

On 8 May 2018, President Trump signed an executive order to “cease US participation” in the JCPOA. The US administration thus took extensive measures to terminate US participation, and to re-impose all US sanctions–a violation of the JCPOA and UNSCR 2231.

Secretary Pompeo speaking at the Heritage Foundation on May 21 2018: “President Trump terminated the United States participation in the Joint Comprehensive Plan of Action.”

On 11 May 2018, the US Government informed all JCPOA Participants that it would no longer participate in JCPOA–related meetings or activities.

The term “participant” is not a simple honorific title, rather it requires taking part in an activity or event in compliance with an agreed upon and specifically defined description of duties, rights and obligations. The US is therefore not a “Participant” by any stretch of imagination.

II. US Officially Abrogated Any Right to the Dispute Resolution Mechanism

US officials have repeatedly admitted in public that they relinquished the right to utilize the provisions of UNSCR 2231 when the US left the JCPOA.

Then National Security Advisor John Bolton speaking on 8 May 2018: “… provisions of Resolution 2231, which we’re not using because we’re out of the deal.”
John Bolton writing in the Wall Street Journal on 16 August 2020: “The agreement’s backers argue that Washington, having withdrawn from the deal, has no standing to invoke its provisions. They’re right.”

Brian H. Hook told reporters in New York on 20 December 2019: “… we’re no longer in the deal, and so the parties that are still in the deal will have to make their decisions with respect to using or not using the dispute resolution mechanism.”

The Trump administration hoped that its withdrawal from the JCPOA and unlawful imposition of “maximum pressure” would either cause regime change, Iran’s submission, or Iran’s withdrawal from the JCPOA. After the failure of its policy—predicated on poor advice–the Trump administration is now attempting to change course and–in an extreme case of bad faith–conveniently resort to the procedure that they over two years ago permanently closed to themselves.

The US being described as a “JCPOA participant” in a paragraph of Resolution 2231 is purely descriptive and exhortatory; it lists as a factual matter who the participants were at the time of the adoption of the resolution in 2015 and has no other definition.

he EU, UK, France, Germany, China and Russia have all declared the notification by the U.S. as “null and void.”

III. Material Breach of UNSCR 2231 and Lack of Good Faith

Operative Paragraph 2 of UNSCR 2231 calls upon all to refrain “from actions that undermine implementation of commitments under the JCPOA;”
The US violated the JCPOA and UNSCR 2231 by withdrawing from the JCPOA, unilaterally re-imposing sanctions, and even punishing those complying with the resolution.

On 26 June 2019, addressing the UN Security Council on implementation of UNSCR 2231 the UN Secretary-General stated: “… the lifting of sanctions allowing for the normalization of trade and economic relations constitute an essential part of the Plan”. President Trump has imposed countless sanctions against Iran on over 145 times. He has even decided not to extend waivers for nuclear-related projects which, in the words of the UN Secretary-General, “may also impede the ability of the Islamic Republic of Iran to implement certain provisions of the Plan and of the resolution.”

The International Court of Justice clearly underlined in its 1971 advisory opinion on Namibia: “One of the fundamental principles governing international relationship thus established is that a party which disowns or does not fulfill its own obligations cannot be recognized as retaining the rights which it claims to derive from the relationship.

President Trump’s decision to cease U.S. participation in the JCPOA was not preceded by even a single case of Iran violating its commitments.

Even after the US withdrawal from the JCPOA, Iran continued–for a full year–full implementation of the JCPOA, as verified by 15 consecutive IAEA reports.

Having repeatedly exhausted the Dispute Resolution Mechanism to absolutely no avail, Iran exercised its rights under Paragraphs 26 and 36 of the JCPOA to apply remedial measures and cease performing part of its commitments.
Iran’s remedial measures have had no impact on the IAEA’s monitoring, thereby rendering any claim of proliferation risks irrelevant.

V. Conclusion: Notification by the US Is Inadmissible

The Dispute Resolution Mechanism is only open to the actual JCPOA Participants—and not to a defected “original” participant that willfully and explicitly decided to “cease participation”, actively sought to destroy the instrument, and subsequently–and self-admittedly–relinquished all its prerogatives and privileges.

The UN Security Council should prevent the US–an unapologetic and serial violator of UNSCR 2231–from unilaterally and unlawfully abusing the Dispute Resolution Mechanism, with the stated objective of destroying that very resolution–and along with it, the authority of the Security Council and indeed the UN.

The Iranian people expect the UN Security Council to bring the United States to account for the irreparable harm inflicted on the entire Iranian nation merely for reasons of personal aggrandizement or domestic political expediency.