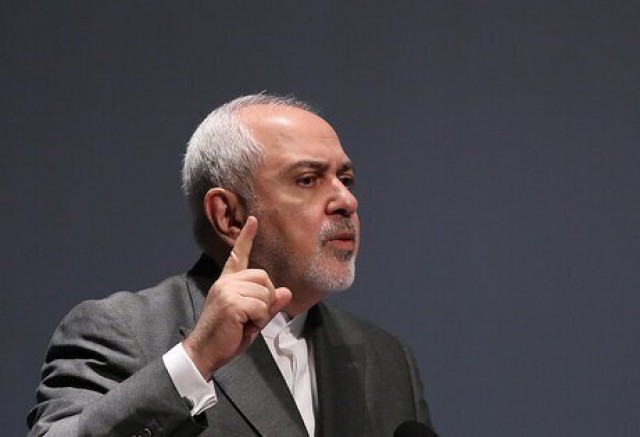 The Iranian foreign minister says unlike what the US claims, there is no “snapback” mechanism in UN Security Council Resolution 2231 to reinstate international sanctions on Iran.

In a Saturday interview on state TV, Mohammad Javad Zarif underlined the so-called snapback mechanism is not mentioned, either, in the 2015 Iran nuclear deal, officially known as the Joint Comprehensive Plan of Action (JCPOA).

The top diplomat noted that neither the word “trigger” nor “snapback” has been mentioned in Resolution 2231 and the JCPOA.

“The Americans pulled a propaganda trick at first because neither the American people, nor reporters and, as it seems, not even Mr. Pompeo himself has read Resolution 2231 and he mostly refers to comments by [John] Kerry and [Barack] Obama,” said the Iranian foreign minister.

“There is no snapback [mechanism] in Resolution 2231,” he noted.
The top diplomat underscored that Washington’s claim that Iran sanctions will be back in effect is unfounded.

“The Americans know that this will not happen,” he said.

Zarif noted that the United States’ argument is a “childish” one as it has withdrawn from the JCPOA and cannot use any of its provisions.

He said the US uses sanctions as a lever against countries, and that most parts of the world are affected by Washington’s sanctions.