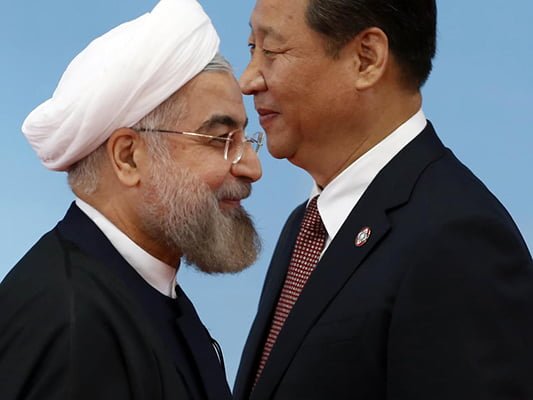 The escalating trade war between the US and China could in many ways benefit Iran, which has been a victim of US punitive measures just like China, a report published by Fararu news website reads.

The report, published on Sunday, says Iran could benefit from the trade war at least in four ways.

The US and China have been locked in a trade spat since early 2018, raising import tariffs on each other’s goods.

Iran could compensate the loss in China’s foreign trade caused by the trade war, and in return counter the sanctions US has placed on the country, the report says.

“In the current circumstances, both Iran and China oppose US policies in the trade and economy sectors. This commonality could provide a big chance to advance Iran’s interests amid US-China trade war,” the article reads.

The following are opportunities mentioned in the report:

At a time when the US is working to place maximum economic pressure on Iran, the China-US trade war could provide Iran with big opportunities. Iran could take smart moves to turn the threats against China to opportunities for itself. Iran and China could work to boost economic interests in many fields. Notably, the two countries could make it easier for Chinese companies to enter the Iranian market and make investments in various fields. Even now, Chinese firms have made investments in Iran worth up to $2 billion. This fact shows Beijing could be interested in boosting its presence in the Iranian market.

Growing oil trade between Iran and China was a big concern for the US administration as it was restoring anti-Iran sanctions last year. China’s increased purchase of Iranian oil could be an important step to counter US sanctions. According to latest reports, China’s need to oil will increase in 2019 by 500,000 barrels per day. Iran, as a major supplier of oil to China, could use this chance to boost its export. The Chinese government is wary India could reap great benefits by boosting its purchase of oil from Iran, so they should be motivated to boost their oil trade with Iran.

One should not forget that China is the biggest buyer of Iran’s oil and the country’s top trade partner. At the same time that China’s need to oil is further increasing, Iran’s oil revenues have decreased significantly and the country faces problems in earning revenues expected under the state budget. The Iranian government can move to replace dollar with Yuan in its oil trade with China, boosting its oil revenues and improving the Iranian economy. Taking into account China’s opposition to anti-Iran US sanctions, getting of dollar in bilateral trade seems to be within reach.

The anti-Iran US sanctions have weakened Iran’s capability to advance political goals in the region and the world. Iran and China share interests in many fields. The US-China trade war could provide Iran with a big opportunity to advance political interests shared with China. Beijing, as a signatory to the 2015 nuclear pact, respect Iran’s rights to nuclear activities. Greater coordination between the two countries would allow Iran to pursue its political goals much stronger.