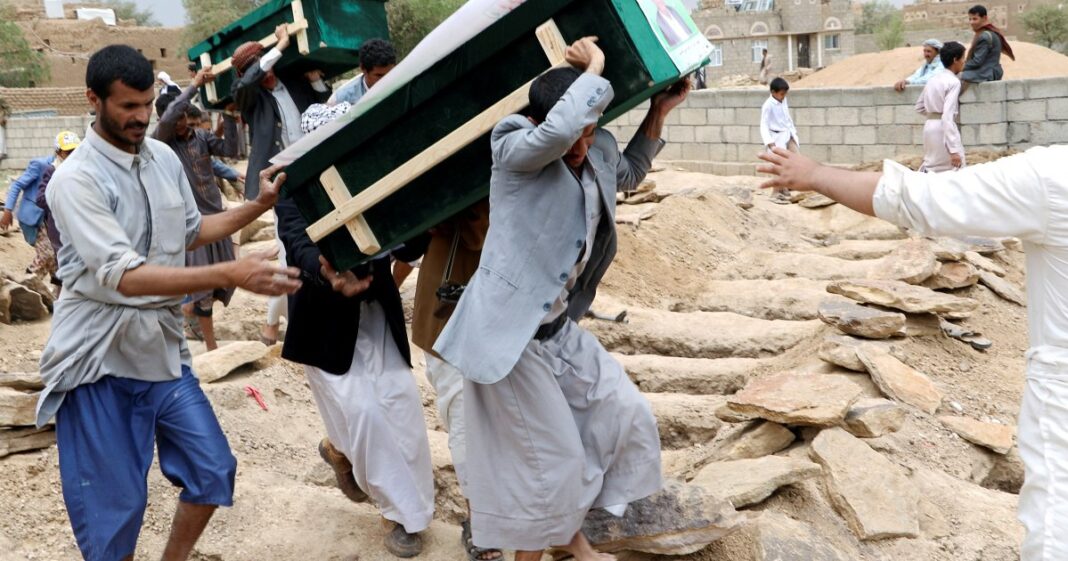 The death toll from Yemen’s war will reach 377,000 by the end of 2021, including those killed as a result of indirect and direct causes, a new United Nations report has projected. The report estimates some 1.3 million people will die by 2030 if the conflict drags on.

In a report published on Tuesday, the United Nations Development Programme (UNDP) estimated that 70 percent of those killed would be children under the age of five.

It found that 60 percent of deaths would have been the result of indirect causes, such as hunger and preventable diseases, with the remainder a result of direct causes like front-line combat and air raids.

“In the case of Yemen, we believe that the number of people who have actually died as a consequence on conflict exceeds the numbers who died in battlefield,” UNDP Administrator Achim Steiner stated.

The conflict has also destroyed Yemen’s infrastructure and spread famine and infectious diseases. The World Health Organization (WHO) has warned more than 16 million Yemenis are food insecure. The body has also estimated 75 percent of Yemeni children suffer from acute malnutrition. The situation in the country has been described by the UN as the world’s worst humanitarian disaster.

The report projected grim outcomes in the near future should the conflict drag on.

It said some 1.3 million people would die by 2030, and that 70 percent of those deaths would be the result of indirect causes such as loss of livelihoods, rising food prices, and the deterioration of basic services such as health and education.

The report also found that the number of those experiencing malnutrition would surge to 9.2 million by 2030, and the number of people living in extreme poverty would reach 22 million, or 65 percent of the population.

The report also projected that extreme poverty could disappear in Yemen within a generation if the conflict were to end immediately.

Using statistical modelling to analyse future scenarios, the UNDP report added if peace were reached by January 2022, Yemenis could eradicate extreme poverty by 2047.

“The study presents a clear picture of what the future could look like with a lasting peace including new, sustainable opportunities for people,” noted Steiner.

If the conflict ends, the report estimated economic growth of $450bn by 2050, in addition to halving malnutrition – currently affecting 4.9 million people – by 2025. Further projections showed that focused efforts on empowering women and girls across Yemen could lead to a 30 percent boost of gross domestic product (GDP) by 2050, coupled with a halving of maternal mortality by 2029.

However, the UNDP noted that the war “continues to propel in a downward spiral”.

“The people of Yemen are eager to move forward into a recovery of sustainable and inclusive development,” said Khalida Bouzar, Director of the UNDP Regional Bureau for Arab States.

“UNDP stands ready to further strengthen our support to them on this journey to leave no one behind, so that the potential of Yemen and the region can be fully realised – and so that once peace is secured, it can be sustained,” Bouzar added.

The report emphasises that the upward trend for development and wellbeing must be supported not just by peace efforts, but also by regional and international stakeholders to implement an inclusive and holistic people-centred recovery process that goes beyond infrastructure.

Investments focused on agriculture, women’s empowerment, capacity development, and effective and inclusive governance were projected to have the highest return on development.