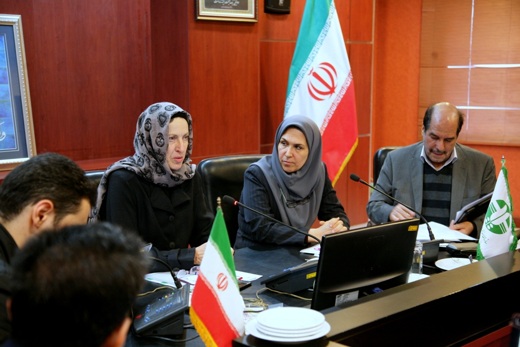 An Iran-UN workshop in Tehran reviewed the State of Environment report, with the UN expressing readiness to set up an environment database in Iran.

A workshop for the State of Environment (SOE) was held in Tehran with Mahnaz Mazaheri-Assadi, a vice-president of the Environmental Protection Organization for education and research affairs, Jacqueline McGlade, the director of the United Nations Environment Programme’s (UNEP) Division of Early Warning and Assessment, and a host of environment experts in attendance to review how Iran’s environment has changed over the last ten years.

The following is a partial translation of a report filed by doe.ir on February 8 on what was said in the workshop:

The Iranian official told the session that the Statistical Center of Iran has released – for the first time – several environmental parameters and that 700 terms which have been defined by the Statistics and Information Technology Office will be finalized soon.

She further said the Department of Environment has set up an environment databank center, stressing that the database should be shored up.

She said SOE reporting can be used in making the country’s macro policies on management of environmental resources, adding it can be also of use in moving toward a green economy.

For her part, McGlade said countries should submit their SOE at an Asia-Pacific Ministerial Conference on Environment and Development which is expected to be held soon.

Mohammad Zokaee, a faculty member at Shahid Beheshti University and the manager of SOE project, said the first such report came out in 2004 and the second one a year later. He said the third report covers the 2004-2013 period.

He further said that the report should be released regularly so that the country can monitor the improvement or deterioration of water, soil, biodiversity and human habitats.