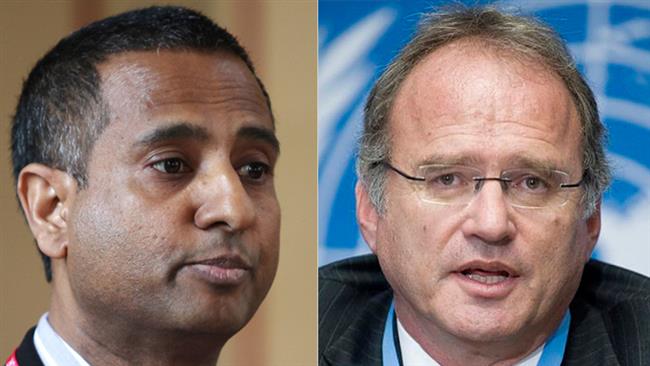 The Iranian Judiciary's High Council for Human Rights rejected the report as being founded upon “incorrect information and fabricated sources,”

Iran has denounced as unsubstantiated and false a recent report by the United Nations special rapporteurs about the alleged increase of executions in the country.

In a statement released on Sunday, Iranian Judiciary’s High Council for Human Rights rejected the report as being founded upon “incorrect information and fabricated sources,” adding that no correspondence has been made with Tehran in order to verify the accuracy of the allegations.

The Iranian rights body called on the UN officials to “refrain from politicizing the issue of human rights and adopt an impartial attitude,” the statement said, noting, “The structure of Iran’s judicial system guarantees the process of a fair trial.”

The statement touched upon drug-related death sentences in Iran, saying such verdicts are issued only after a thorough and comprehensive judicial process.

Iran shares a long border with Afghanistan, the world’s biggest producer of opium, and this makes it “strategically important” for Tehran to launch a constant battle against drug trafficking, the statement added.

According to the council, Iran has paid a heavy price in the battle against drug trafficking and such related issues as rehabilitation of addicts as well as spending hundreds of millions of dollars on an annual basis.

Iran’s war against drugs has claimed the lives of 4,000 Iranian forces and disabled over 12,000 of them, the statement added.

On June 17, 2011, the UN Human Rights Council, under pressure from the United States and its allies, named former Maldivian Foreign Minister Ahmed Shaheed as its human rights investigator on Iran.

Tehran insists that the appointment of a UN special rapporteur on Iran’s human rights is a selective, politically-motivated and unacceptable move.