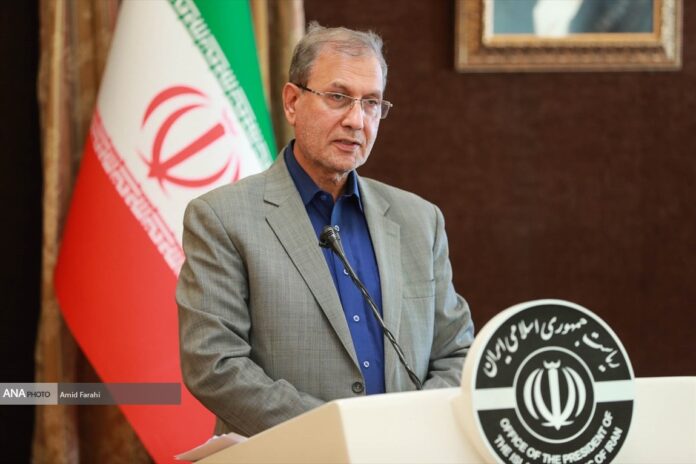 The spokesperson for the Iranian administration decried the US for a deliberate delay in giving Iran’s diplomatic delegation visa for the UN General Assembly, saying the US government has taken the UN headquarters captive.

Speaking at a press conference on Monday, Ali Rabiee said President Hassan Rouhani has attended the United Nations General Assembly meeting to express the loud voice of resistance of Iranians and declare the Iranian nation’s demands at the global platform.

The president is planned to hold meetings with at least 13 world leaders in the UN trip, the spokesman added.

Asked about the US administration’s obstructive measures before giving the Iranian president and foreign minister visas for the UN trip, Rabiee said, “The US’ illogical behavior that was against the international law and norms caused problems for the (Iranian delegation’s) trip, but we believe that the President will be able to make there (the UNGA) resound to the voice of Iran, contrary to the American thoughts and attempts to silence that voice.”

“Although the US owns a colossal media empire, it has been attempting to restrain us from speaking on the United States of America’s territory. This is one of the reasons (for US visa problems), and the other subject is that they (Americans) resort to all instruments when they enter a war,” he added.

“It was an illegal delay, and they also diminished the (Iranian) delegation very much. The press could have given reports from the US, (but) they (the US) discharged the press, while we normally give a warm welcome to the press willing to visit Iran,” the spokesperson noted.

Rabiee stated that the US ultimately agreed to grant the Iranian delegation visa under pressure from the UN, saying Washington wanted to bar Iran from attending the General Assembly meeting, a clear sign that Iran’s presence in the US would be fruitful.

“The US has held the United Nations headquarters captive for years,” he deplored.

Asked by IRNA about a recent tweet from “Christiane Amanpour” who claims that a meeting between Iranian President Hassan Rouhani and his US counterpart Donald Trump was conditional on the lifting of the sanctions against Iran, Rabiee said, “If the US is ready to halt the sanctions and return to the nuclear deal, the road for us to make a decision will be open. One of those decisions could be dialogue. In that case, we will make the necessary and appropriate decision.”

“There are no conflicting views inside the country on this issue, and Mr. Zarif has also made comments about it,” he concluded.