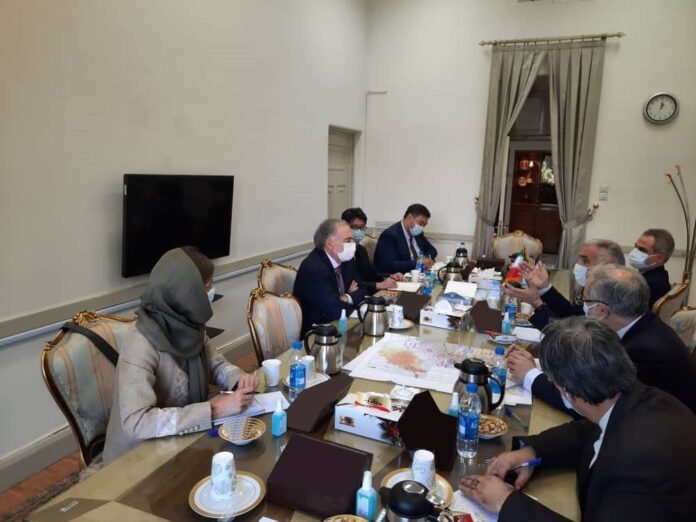 Jean Arnault, the UN Secretary-General’s Personal Envoy on Afghanistan and Regional Issues who is visiting Tehran at the head of a delegation for talks on issues related to Afghanistan, held a meeting with Mohammad-Ebrahim Taherian, the Iranian Foreign Minister’s advisor and special envoy for Afghanistan.

In the Monday meeting, the two sides conferred on the ongoing developments of Afghanistan including the process of talks and the security situation in that country.

Taherian said Iran considers Afghanistan’s peace and security as its own, and supports the peace process owned and led by Afghans.

He also expressed Iran’s preparedness for cooperation on facilitating and advancing intra-Afghan talks, and underlined the necessity of protecting the Afghan people’s achievements in the past two decades.

The two sides also expressed concern over the escalation of violence in Afghanistan in the past few months, and called for a decrease in violence and efforts to prevent civilian casualties.