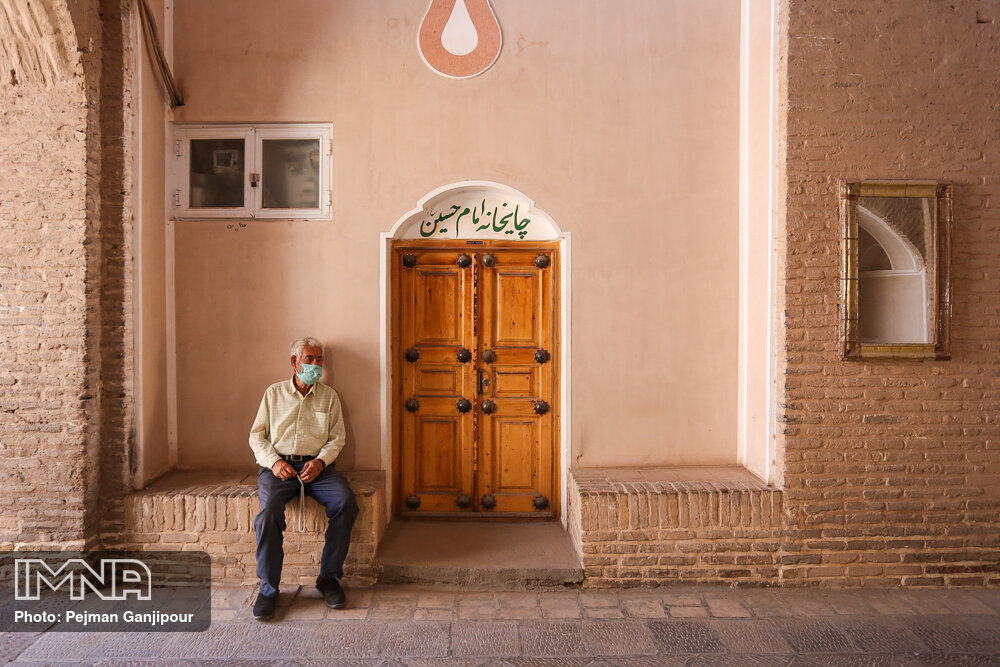 The traditional bazaars in the towns of Naein and Zavareh in the central Iranian province of Isfahan have been closed amid a surge in the coronavirus outbreak.

The decision to close down the markets was made by the National Coronavirus Headquarters as the two towns are marked “red” by the regulatory body, meaning COVID-19 infections and deaths have reached extremely high levels there.

In the past, the historical bazaar of Naein used to be the town’s main thoroughfare and trade centre which crossed the heart of the ancient quarter of Naein.

The entrance to the market was, in fact, one of the ancient gates to the town known as the Chel-Dokhtaran Gate.

The traditional Naein market was expanded in different eras. Its original structure dates back to the Ilkhanate era and the market saw its boom times during the Safavid dynasty.
The Naein bazaar is an alley with a wooden dome-shaped roof and round skylights in the middle of each dome. The alley is lined with shops on either side. The shops have wooden doors and two floors (with a basement).

Since old times, Naein has been a major trade and commercial centre. It has also been a resting place for passing caravans which travelled all the way from the east to the west and from the north to the south, and which would rest and barter commodities in this town.

Zavareh is a small town located on the southern fringe of Dasht-e Kavir, a desert in central Iran.