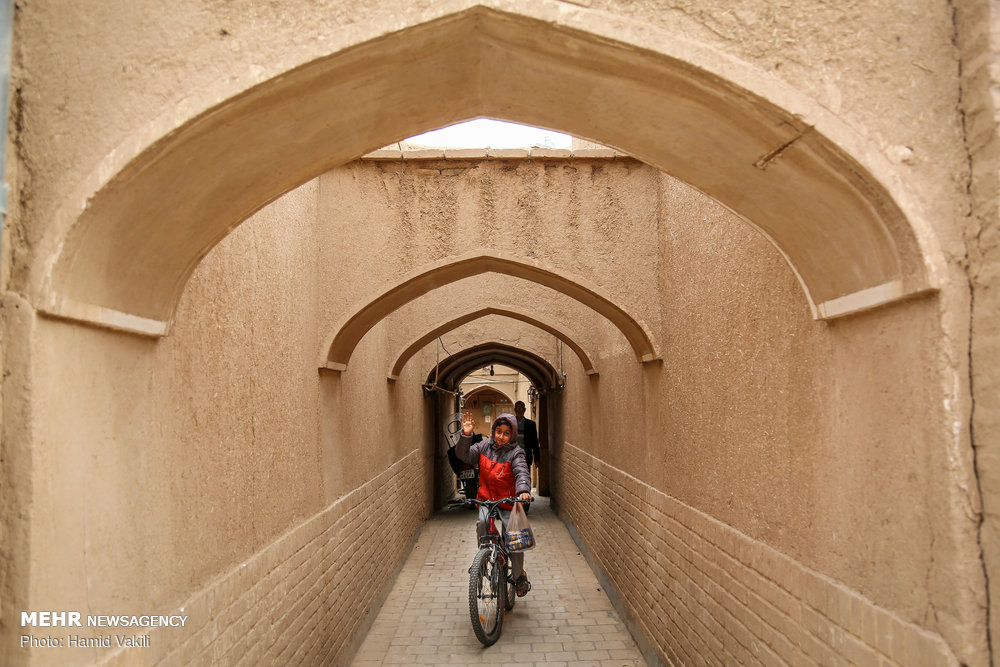 Zavareh is a historical village located in the north of Isfahan province in central Iran near the salt desert of Ardestan.

Zavareh, a warm and dry region with desert steppe vegetation, has a muddy structure and has preserved its ancient Persian architecture. In this village, some people still have their original jobs.

It has been named after the brother of Rostam, a mythical figure in renowned Persian poet Ferdowsi’s Shahnameh (Book of Kings). The village used to be called the Madinat-ul-Sadat (City of Prophet Muhammad’s descendants) since the fourth century AH.

During the past centuries, it has been a centre of science, literature and culture, and many historians have been working on Zavareh and its prominent personalities.

Following you can find photos of Zavareh retrieved from Mehr News Agency: