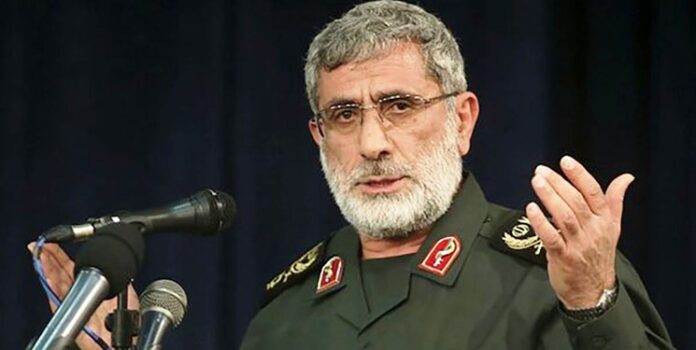 According to Lebanon’s al-Mayadeen TV channel, Ghaani also met with two other Iraq officials, underscoring the need for Iraq to maintain its stability and national unity. He also told the Iraqi officials that any move which would threaten Iraq’s security must be avoided.

Accoording to al-Mayadeen, in the meetings, Ghaani stressed that it is necessary Iraqi officials heed the demands of those who protest the results of the recent parliamentary elections within the confines of law.

His visit to Iraq comes at a time when tension is mounting in Iraq following Sunday’s drone strike against the Iraqi prime minister house.

The Iraqi government declared on Sunday that the explosive-laden drone hit Kadhimi’s house but the prime minister escaped the attack unharmed. Following the incident, Kadhmi called on all Iraqis in a tweet to calm down and exercise restraint.

The situation has been tense in Iraq since the parliamentary vote. People held a bloody protest on Friday against the election results. They claim the vote was rigged. But officials deny this.