Turkey to Deepen Business Ties with Iran to Counter US Bans: Erdogan 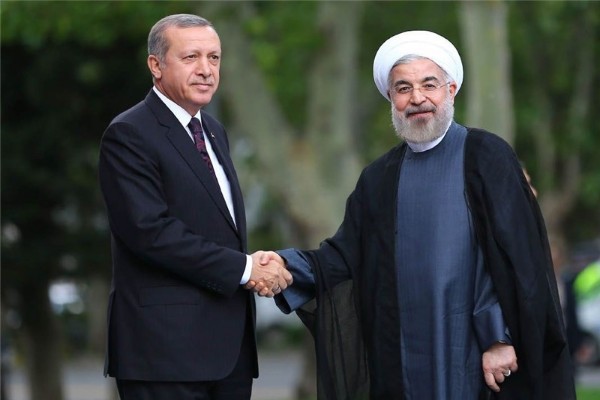 Turkish President Recep Tayyip Erdogan has called for further expansion of mutual ties between Iran and Turkey in various areas including economy in the wake of the US sanctions against Tehran.

In a phone conversation with his Iranian counterpart on Saturday, Erdogan referred to the US unilateral and brutal sanctions on Iran and said Turkey has never approved of the brutal sanctions.

As part of efforts to counter the sanctions, Ankara is seeking to deepen its ties with the Islamic Republic, he noted.

Erdogan also underlined the need to use national currencies of Iran and Turkey in mutual transactions instead of the US dollar.

He also referred to the problems that the region and the Muslim world are facing and said Iran and Turkey can play a key role in fight against terrorism and strengthening of regional security.

Iranian President Hassan Rouhani, in turn, called for expansion of economic cooperation between Iran and Turkey, saying the two sides need to stop using the US dollar in their mutual transactions.

Rouhani cited Iran and Turkey as two major countries of the Muslim world and added the two countries can play a key role in strengthening regional security and stability.

The Iranian president called for further ties between the two neighbouring countries in fight against regional terrorism and strengthening of security along joint borders, a report by dolat.ir said.

The two presidents also underlined the will of the two sides’ officials to tap into the available capacities to further develop Tehran-Ankara relations.