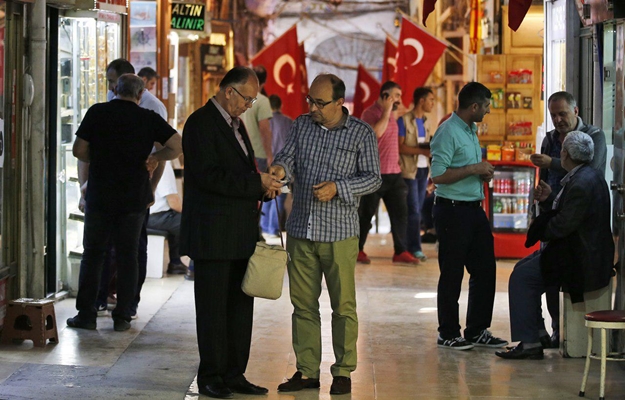 Iranian Foreign Minister Mohammad Javad Zarif has censured US President Donald Trump’s move on Friday to double metals tariffs on Turkey, warning Washington has to put aside its addiction to sanctions or face the world in the near future.

“The US has to rehabilitate its addiction to sanctions & bullying or entire world will unite—beyond verbal condemnations—to force it to,” he wrote.

“We’ve stood with neighbours before, and will [do so] again now,” Zarif said.

Zarif had earlier offered support for Turkey following the imposition of the US sanctions.

Trump announced his plans to hike tariffs on Turkish steel and aluminium to 50 percent and 20 percent, acknowledging that “our relations with Turkey are not good at this time.”

In a tweet Friday, the president also said he would levy tariffs as “their currency, the Turkish Lira, slides rapidly downward against our very strong Dollar!”

The moves stem from Trump’s frustration over a detained American pastor held by Turkey on what US officials say are bogus charges, two informed sources told CNN.

Earlier this month, the US imposed sanctions on two Turkish ministers over the case of the American pastor detained in Turkey over suspicions of plotting against the Turkish government.