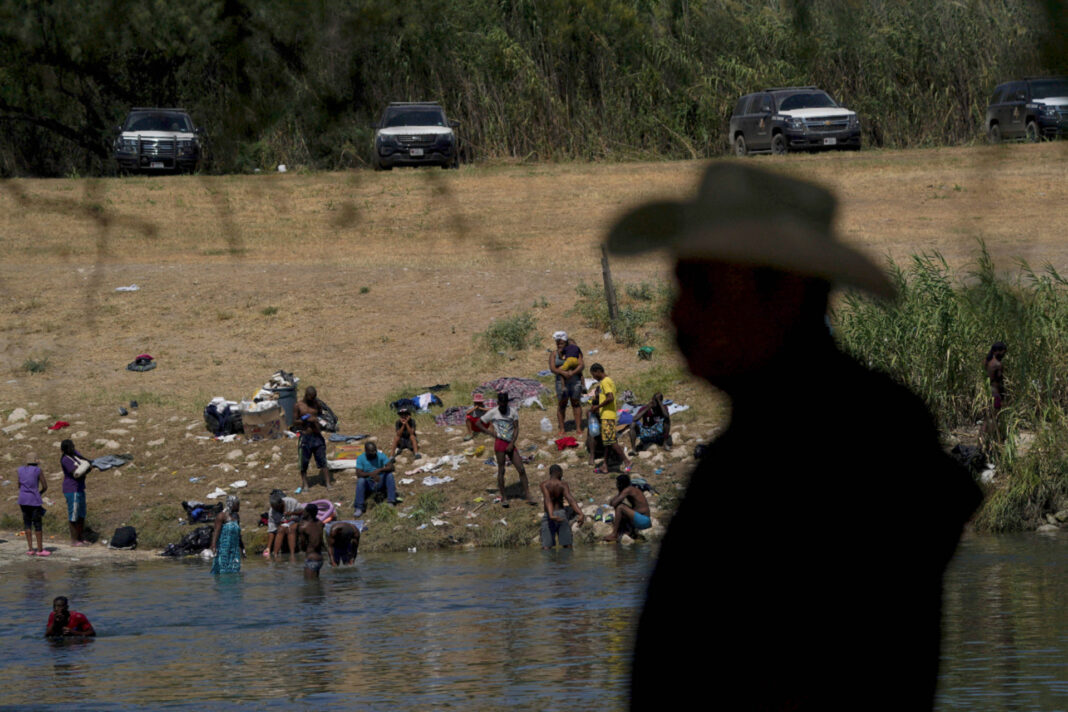 Former US President Donald Trump has strongly blasted the administration of Joe Biden over “two national crises, Afghanistan withdrawal and migrant crisis”. Trump says the United States is "a Nation humiliated like never before” and "is being destroyed".

Trump on Monday seized on the Homeland Security secretary’s admission that more than 12,000 Haitian migrants had been released into the US and the Biden administration’s bungled military withdrawal from Afghanistan to say “we are a Nation humiliated like never before”.

”All 17,000 illegal immigrants who entered our Country from Haiti and other places unknown have now been released into our Country with no vetting, checking, or even minimal understanding of who they are,” Trump said in a statement released in an email.

“Some are very sick with extremely contagious diseases, even worse than the China Virus. They are not masked or mandated, but just let free to roam all over our Country and affect what was just a year ago, a great Nation,” he continued.

“Now we are a Nation humiliated like never before, both with the historically embarrassing ’withdrawal’ from Afghanistan, and our Border where millions of people are pouring in. Our Country is being destroyed!,” the 45th commander in chief added.

DHS Secretary Alejandro Mayorkas admitted on Sunday that more than 12,000 Haitians who had been living in a makeshift encampment under the International Bridge in Del Rio, Texas, have been released into the US.

He told “Fox News Sunday” that 12,400 migrants were having their asylum claims heard by an immigration judge while roughly another 5,000 are being processed by DHS.

Mayorkas said the number could exceed 5,000 as other cases are processed.

Many of the migrants being released into the US may have coronavirus because the Biden administration is not requiring them to be tested or be vaccinated after they enter the US illegally.

The migrants being freed are given orders to report to an immigration judge in 60 days, but Fox News’ Chris Wallace pointed out that the Justice Department estimates that 44 percent of those released will miss their appearances.

“We have enforcement guidelines in place that provide the individuals who are recent border crossers who do not show up for their hearings are enforcement priorities and will be removed,” Mayorkas responded.

Crowds of migrants from South America arrived in Texas earlier this month seeking asylum, but the numbers soon swelled into the thousands, leaving the Biden administration scrambling to respond to the humanitarian crisis.

The US also deported about 2,000 of the migrants back to Haiti, and another 8,000 returned to Mexico voluntarily.

The camp was finally cleared out last Friday.

The Biden administration’s withdrawal from Afghanistan at the end of last month turned into a debacle as crowds of Afghans streamed to the Kabul airport to escape and hundreds of American citizens were left behind.

A Daesh suicide bomber took advantage of the chaos to kill 13 US service members.