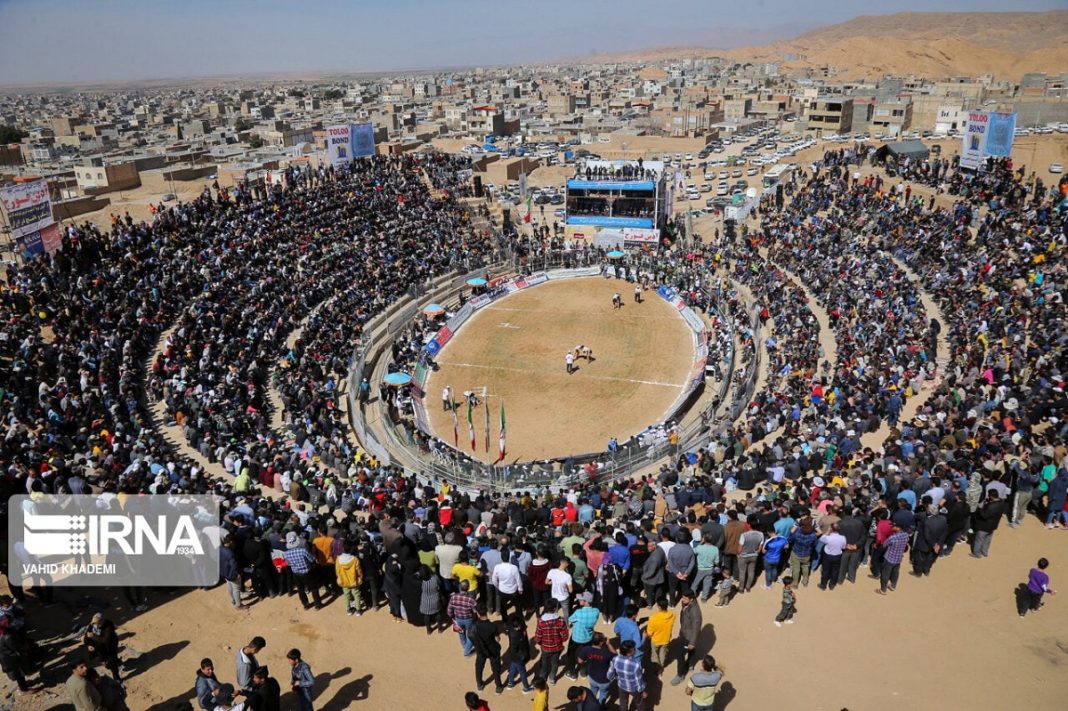 The national Ba Chukhe – cuxe – wrestling, held annually in the northeastern Iranian city of Esfarayen, has been held again after a two-year delay due to the coronavirus pandemic.

The contests were held during the Nowruz holidays, which ended on Saturday, with the presence of 250 traditional wrestlers from 10 Iranian provinces.

Ba Chukhe wrestling, otherwise known as Kurdish wrestling, is one of the most famous local sports in Iran.

The traditional sport is nowadays known as Chukhe and is practiced by Turks and Kormanj Kurds as well as other ethnicities in Khorasan.

Ba Chukhe wrestling is an ancient practice and was traditionally practiced by locals during wedding and other ceremonies in the past.

In Kurdish language, Chukhe means a coat and, accordingly, Ba Chukhe – with Chukhe – means while wearing a coat. The coast is light brown in color and made of undyed sheep wool.

Iran wrestlers’ trip to US canceled after Washington refused visas