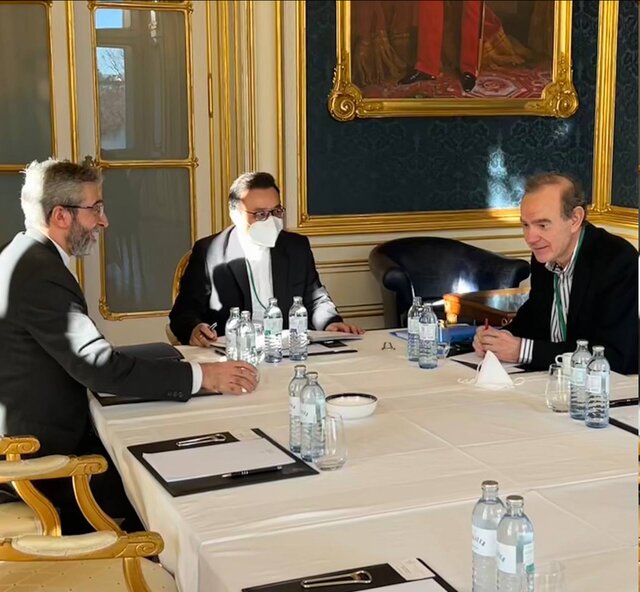 Top negotiators of Iran and the three European signatories to the 2015 nuclear deal are briefly leaving Vienna for their respective capitals, while expert-level negotiations continue in the Austrian capital.

Iranian foreign ministry announced Friday that Iran’s chief negotiator Ali Baqeri Kani and his European counterparts would temporarily return to their respective capitals, under an agreement reached among heads of the delegations, to handle affairs related to their political posts and for certain consultations.

Expert talks will, however, continue non-stop in Vienna, according to the report.

The reports said the pause, which will last for two days, does not mean a suspension of the eight round of talks between Iran and the P4+1 group of states, namely France, Britain, Germany, Russia and China, on revitalizing the nuclear deal.

The fate of the agreement has been in doubt since 2018, when the US unilaterally left it.

The diplomatic process in Vienna is meant to remove the sanctions that Washington imposed on Iran after leaving the deal and to secure a US return to its contractual obligations.