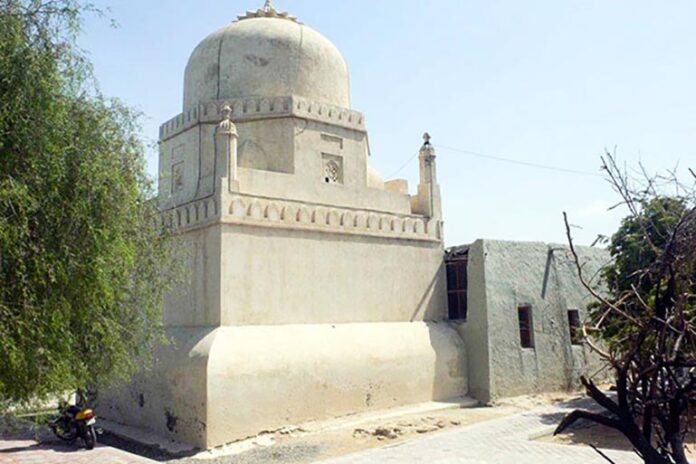 The tomb of Seyyed Gholam Rasoul, which dates back to the 11th century AD, has white walls and Indian-style architecture.

According to Muslim accounts, the tomb belongs to Seyyed Gholam Rasoul, originally known as Seyyedena Mohammad, was a Muslim Indian. On a visit to Chabahar, he decided to marry a local girl, but on his wedding night he fell ill. In his will, he asked others to refrain from mourning for him and instead celebrate for ten nights to secure blessings for his soul.

Every year on the 15th of the 11th month of the Lunar calendar, a 10-day celebration is held in his memory at his tomb, 5 km to the northwest of Chabahar.

During the ceremony, elderly women enter the tomb to say prayers for others and ask God to heal the sick while men stay outside and play music.

The tomb has white walls and Indian-style architecture. The exterior of the structure is graced with paintings and religious phrases. This structure was built in the Seljuq era; its murals were painted later during the Safavid era. The tomb dates back to the 11th century AD.

What follows are images of the tomb of Seyyed Gholam Rasoul released by different Iranian websites: