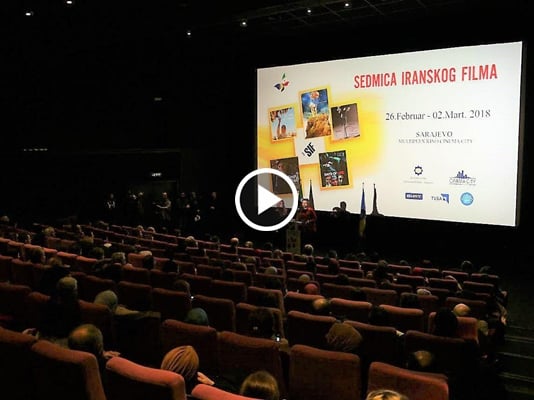 The third annual festival of Iranian films has been opened to cinemagoers in the Bosnian capital of Sarajevo since the beginning of this week.

During the opening ceremony held on Monday, February 26, organized by the cultural office of Iran’s Embassy, a huge crowd of Bosnian cinema fans watched “Muhammad (PBUH): the Messenger of God”, the latest film directed by Majid Majidi.

The movie portrays the life of Islam’s Holy Prophet and narrates his early years in Mecca, and is the first part of a trilogy expected to cover the entire life of the Prophet. 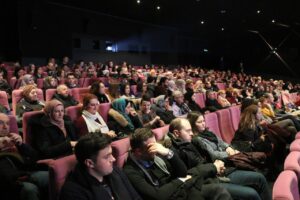 The movie, which marks the biggest-budget production in the Iranian cinema to date, received mostly positive reviews from fans and critics during its screening in Iranian theatres and abroad, including in Russia, Turkey, Iraq, and Azerbaijan Republic.

According to a Farsi report by Sahar TV, the other movies expected to be screened during the cinematic event in Sarajevo are “A Cube of Sugar”, “As Simple As That”, “Days of Life” and “The Season of Narges”.

Ali Asghar Ameri, Iran’s cultural attaché in Bosnia, told Sahar’s correspondent on the sidelines of the ceremony that the film week is held on the occasion of the 40th anniversary of the victory of the 1979 Islamic Revolution.