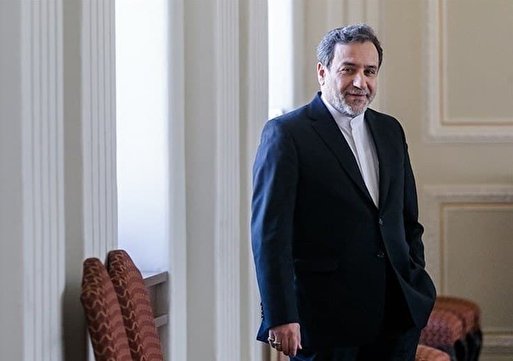 Iran’s chief nuclear negotiator Seyyed Abbas Araqchi says there are signs that the Americans are reviewing their positions and moving towards the removal of all anti-Iran sanctions.

Araqchi made the comments on Thursday, one day before the beginning of a second round of talks between members of the Joint Commission of the Joint Comprehensive Plan of Action (JCPOA) in Vienna.

The intensive talks are underway to lift the US unilateral sanctions on Iran and revive the JCPOA, commonly known as the Iran nuclear deal, after the former US president Donald trump almost wrecked it by its withdrawal.

“We are not yet in a position to judge, and negotiations have not yet been concluded,” Araqchi said, adding that there is a long path forward but the talks are constructive.

Araqchi also said on Thursday that the Iranian negotiators are engaged in talks over the removal of sanctions all at once as well as details of which and how the sanctions would be lifted.

“In our view, America has to take its actions in one step, then we’ll verify, and then Iran will follow with its own actions,” he reiterated. “How verification will happen is another point of our discussion.”

Araqchi also denied indirect talks with Washington through the European parties to the JCPOA, saying the talks involve China and Russia in addition to the Europeans.

“We are negotiating here with all of the current members of the JCPOA, namely the three European countries, Russia and China, as well as the European Union, which is the coordinator of the JCPOA, and they, on the other hand, are talking to the Americans and convey the results of the talks,” he said.

Back in May 2019, Iran began to scale down its nuclear compliance under Article 36 of the JCPOA, saying the move was a response to the US withdrawal and the remaining parties’ failure to protect Iran from US sanctions.

Under a law passed by the Iranian Parliament last December, the Iranian administration started to produce and store enriched uranium with a 20-percent purity level, breaking the 3.67-percent enrichment parameter set by the 2015 nuclear agreement.

However, Tehran has repeatedly said its measures will be reversed as soon as Washington removes its illegal sanctions.

“Our 20% enrichment is now moving even faster than the speed envisaged by the Islamic Consultative Assembly (the Iranian Parliament) in its law, and 20% enriched materials are being produced now,” Araqchi said.

He asserted that the process will continue until an agreement on the implementation of the JCPOA is reached, under which the US should remove all of its sanctions.

“As it has been stressed many times, all of the sanctions must be removed in one step,” the top Iranian negotiator added.