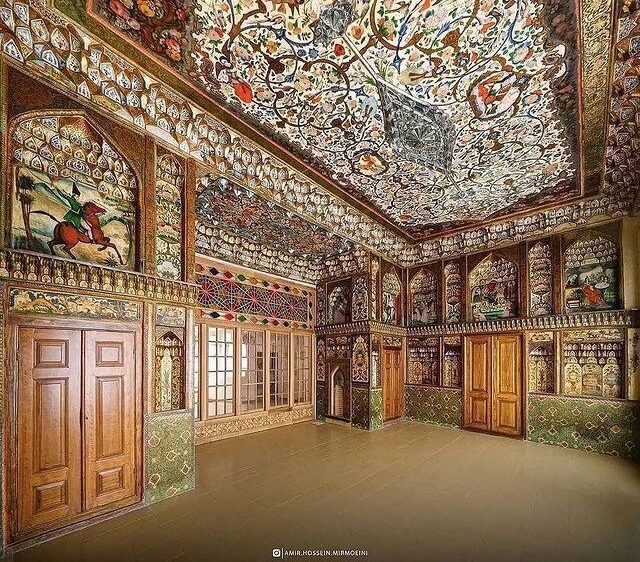 The Silk House is one of the most fantastic historical houses in the city of Tabriz in northeastern Iran.

Dating back to the Qajar era, the building has been registered on Iran’s List of National Heritage Sites.

The monument boasts a host of wall paintings, a variety of architectural patterns and Persian miniatures which dates back to the Qajar Dynasty, making the Silk House stand out among ancient structures both in Tabriz and even in the whole country.

Due to the exquisite paintings on the walls of its rooms, the Silk House is known as the most beautiful historical house in Tabriz.

The Silk House, in fact, contains three historical houses constructed on a site measuring more than 1,500 square metres with a superstructure measuring around 4,000 square meters in total.

The wall paintings are inspired by myths and Koranic stories such as the saga of Yousef and Zolaykha as well as other historical accounts.

The paintings on the roofs are a potent and wonderful representation of the Persian miniature.

Wall paintings and murals were among the most popular artworks during the Qajar era.