The 11th government is landscaping Iran’s front yard, not the US backyard 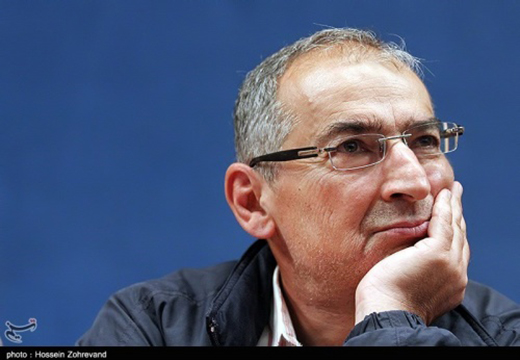 Sadegh Zibakalam, a political analyst, has said that the Rouhani administration seeks to make friends with its neighbors, instead of strengthening its foothold in the US backyard.

The message the European officials’ Iran visits – following the conclusion of the Iran nuclear deal – carry is more political than economic: Europe has re-established its trust in Iran even before verifying Tehran’s compliance with the Vienna accord.

Sharq daily on July 30 published an opinion piece by Sadegh Zibakalam, a university professor and political analyst, on Iran’s growing international credibility following the conclusion of the historic Iran nuclear deal on July 14, saying that the world has started to develop trust in Iran thanks to the eleventh government’s sensible foreign policy.

In his piece, Zibakalam has taken a closer look at the reason behind trips by a number of high-ranking European officials to Tehran over the past weeks and the future visits by economic and trade delegations of Western countries, saying that it shows the Western side has rebuilt its trust in Iran.

Zibakalam, who is a fierce critic of former President Ahmadinejad’s policies and an active supporter of rapprochement with the West, refers to trips by German and French officials and the EU foreign policy chief to Iran and writes in his analysis that such trips – at this juncture – are not merely aimed at verifying how Iran honors its commitments under the deal it has clinched with P5+1 before the Implementation Day.

He says the political message of such trips is more important than their economic outcomes: Europe has trust in Iran even before the implementation of the Vienna accord and verification of Iran’s compliance with its end of the bargain. The following is the translation of excerpts from the piece:

“Economy is an important factor, but the fact of the matter is that it is not all that matters. No doubt, enthusiasm by Westerners to resume ties with Tehran shows that they have other diplomatic considerations, chief among them, worsening security situation in the region. If we hypothetically consider the Middle East as a region between Afghanistan, to the east of Iran, and North Africa, we’ll see that stability and security are absent in so many places within the [hypothetical] borders of this vast expanse.

“Afghanistan has been hit by insecurity. Iraq is worse than Afghanistan. The situation in Syria is alarming. Saudi Arabia is grappling with a crisis sparked by the adventurism of the kingdom’s new generation of rulers. The future of Lebanon hangs in the balance. Egypt has been caught in an intense battle between its two main political and social columns: the Army and the Muslim Brotherhood.

“Libya – which is no longer like a [sovereign] country after the collapse of Muammar Gaddafi [its deposed dictator] – has been divided into several military, tribal and communal sections. Even in Turkey, clashes with ISIL terrorists and radical members of the Kurdistan Workers Party (PKK) are the only cloud on the horizon.

“Iran is the only country which enjoys remarkably high stability and security despite its domestic problems. It is the only country [in this region] where Western and non-Western travelers can peacefully visit historical sites and tourist attractions without fearing that their bus might go off any moment or that they may be targeted by suicide bombers.

“Regardless of Iran’s security and stability, Westerners have woken up to the fact that they have no other option but enter partnership with Iran if they really seek to work out a serious, long-term solution to regional problems. Or they have realized that in the absence of Iran, restoration of stability and security to Iraq, Syria and Yemen would be too costly – if not outright impossible.

“The emergence of radical groups which claim to seek to establish an Islamic caliphate in the Middle East has blurred the past demarcations. Not only does Iran not pose a threat to the West, but the West can and should count the blessings of Iran’s powerful presence in the region”.

In conclusion, Zibakalam once again makes a scathing review of the Ahmadinejad administration’s foreign policy and its international relations and says, “Instead of establishing a strong presence in the region, extending an olive branch to the world and holding out a hand of friendship to our neighbors in the region, the previous government insisted on establishing ties with nations thousands of kilometers away such as Venezuela – and the late Comrade Chavez – Bolivia, Nicaragua, El Salvador and the revolutionary Zimbabwe.

“By so doing, the previous government argued, ‘Iran has made it into the US backyard and denied the White House occupants a good, sound sleep!’ Despite its downsides, the eleventh government has – at least – displayed a good sign of realism and pragmatism on the foreign policy front.

“[President] Rouhani and [Foreign Minister] Zarif believe Iran belongs in this part of the world, not half a world away. They are trying to keep Iran’s own front yard neat and clean without any claim of ‘global management’ [a reference to Ahmadinejad’s catchphrase in criticizing the existing world order and calling for a new world order as well as insisting on Iran’s determining role in managing the world]”.