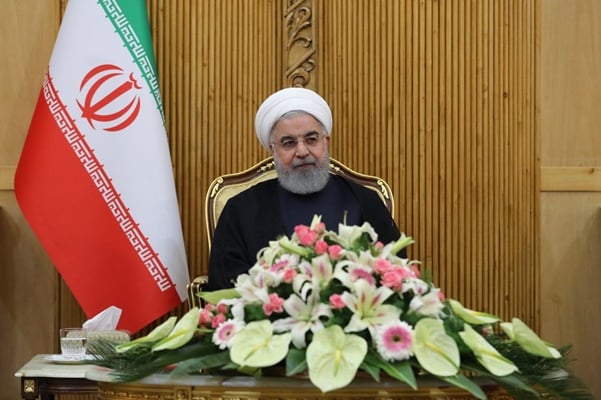 The Iranian president says Iran knows the real perpetrators of the Saturday terrorist attack on the south-western city of Ahvaz, and will not condone the criminal act.

Hassan Rouhani made the comment in a press briefing before leaving Tehran for New York where he is going to attend the annual meeting of the United Nations General Assembly.

President Rouhani described the Ahvaz terrorist attack as very sorrowful, saying the perpetrators of the deadly attack followed in the footsteps of their predecessors who supported former Iraqi strongman Saddam Hussein during the Iraqi imposed war on Iran in the 1980s.

“They were the people who stayed on Iraqi soil and after the end of the war … they were in the pay of criminal Saddam Hussein until he was alive. Afterwards, they changed their master. One of the countries to the south of the Persian Gulf undertook to give them financial, arms and political support. They never regretted their crimes, nor did they stop their crimes,” said the president.

“It is completely clear to us who did this (the Ahvaz terror attack), what group they are and who they are affiliated to,” Rouhani noted.

He said those who claim to be supporters of human rights should be answerable for such crimes.

Rouhani’s comments came as an advisor to the Crown Prince of the United Arab Emirates, in a Saturday tweet, implicitly supported the attack on Ahvaz, and said it was not an act of terrorism.

Abdulkhaleq Abdulla said in his tweet the Ahvaz attack was part of Saudi Crown Prince Mohammed bin Salman’s vow to bring the conflict inside the Iranian territory, and more will come in the future.

In reaction to the comments, Iranian Deputy Foreign Minister Abbas Araqchi said on Sunday the UAE envoy to Tehran will be summoned to receive Tehran’s protest against the unacceptable remarks.

Secretary of Iran’s Expediency Council Mohsen Rezaei also condemned the comments and vowed to give a crushing response to the UAE.