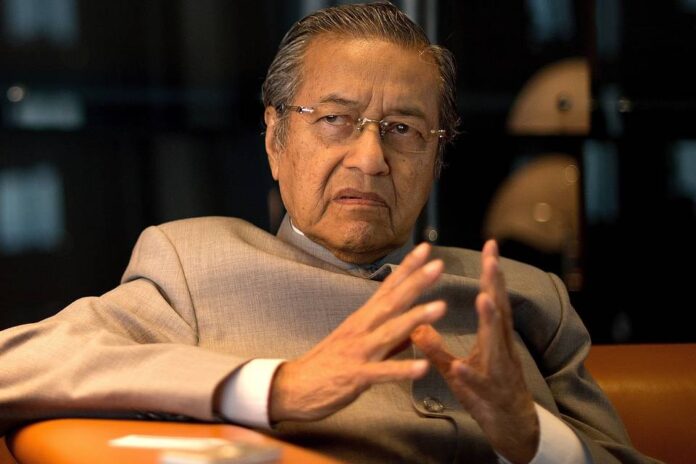 In a recent interview with TIME, former Malaysian Prime Minister Mahathir Mohamad discussed the West’s role in the spread of terrorism across the Middle East as well as the possibility of ISIS’s emergence in East Asia, particularly Malasyia.

Here are excerpts from the interview, as covered by IRNA:

ISIS is now concentrating on the Middle East, but things may happen in Indonesia, with a big Muslim population, the southern Philippines, and of course in Malaysia, because there are a lot of young Malay Muslims, particularly young Malay men, going to the Middle East. Do you worry that ISIS can be planted in Malaysia?

The problem with the West is they don’t go to the root cause of the terrorism in the Middle East. Before there was no terrorism, but they created Israel, and then they defended Israel against all kinds of things Israel does. Even when the Israelis commit crimes, the West supports [them]. And every time the Palestinians and their supporters try to act against Israel, they get no support — they have no means. So they resort to what they can do, and what they can do is what we call terrorism.

Now we have ISIS. I believe that the degree of terrorism will increase over time, not because of religion, but because of a sense of frustration over the wrongdoings of the West against Muslim communities. The West only talks about how you can militarily defeat the terrorists, but terrorists are very difficult to defeat, because they can appear anywhere.

They are obviously not doing enough in Saudi Arabia and places around it, with [their] Wahhabism, which is a problem for other countries. At the same time, when you go against terrorists, you become the target; you don’t say anything against them, because then you become a target. So these people, they say, “OK, you are doing these things, but don’t come to our country.” That’s all they do. They have a lot of money, and if you have too much money, you become spoiled. It’s easy to build buildings and develop the physical appearance of development, but to take on the terrorists requires a lot of skill and sacrifice. If you look at these countries, all the work is being done by foreigners. They only spend the money. [Their] culture is not compatible with the modern world.

What do you think is the biggest challenge East Asia faces?

The resurgence and power of China. We have to live with China. But the Western idea is that if you see somebody coming up, you must stop him. You must block him. The US is preaching the idea of confrontation. The Chinese will strengthen their military capability; that is what they are doing. I was in Japan recently. I told the Japanese, If you have an overlapping claim, try negotiation, don’t try to fight. It’s not worthwhile. You may win a war, you may lose a war, but the cost of war is horrendous.