Telegram in Dilemma over Keeping One Channel or 40 Million Users 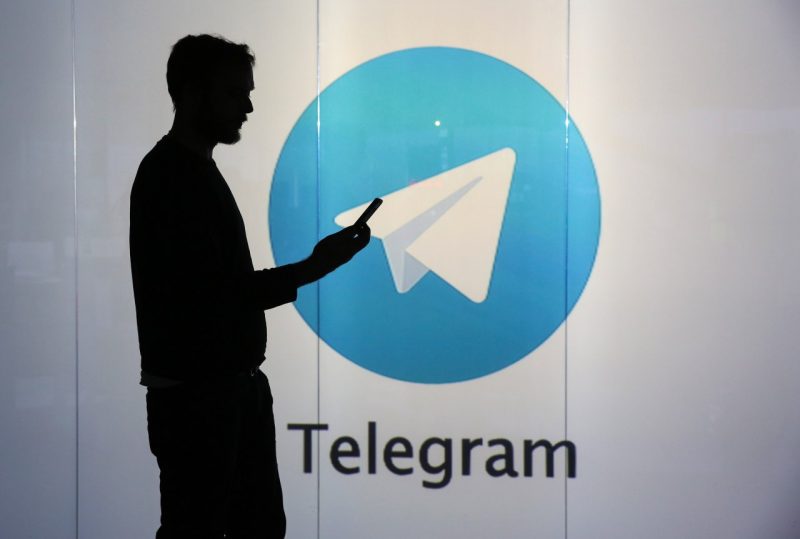 Iran has imposed “temporary” restrictions on the extremely popular messaging app Telegram after the messenger refused to block a channel that promotes violence and riot in the Islamic Republic. But is Telegram ready to lose millions of its users?

Iranian people account for nearly 40 million users of Telegram in the world, and concerns are now growing among the Iranian nation over the government’s decision to close the messaging app completely or make its use illegal and consequently more complicated amid the recent protests and riots held across the country.

A few days ago, Telegram closed an anti-Iran channel named Amad News for encouraging people to violence after a top Iranian official’s request. The channel, with over 1.3 million followers, was blocked by Telegram after it tried to provoke Iranian people to use violent actions against the Islamic Establishment amid the recent protests.

However, Amad News started its operation in a new channel, and Telegram refused to remove the new one, claiming that the new channel has not yet violated Telegram’s Terms of Service. This prompted the Iranian government to restrict Telegram temporarily until peace is restored to the country.

Will Telegram accept to remove Amad News again for promoting violence and norm-breaking as part of a strategy to keep the app legal in Iran as a tool for amusement or communication? Only time will tell us.

Meanwhile, as finding a job in Iran is difficult, the messaging app widely known for its user-friendly features has turned into a tool among Iranians for doing business. Now the main question is, as protests continue over economic woes and joblessness, will Telegram turn into a headquarters for coordinating street protests, leaving jobless many people who use telegram as a tool for making money?

These people seem to be the group addressed by Iranian Minister of Communications and Information Technology Mohammad Javad Azari Jahromi in his recent post on Twitter.

“I feel duty-bound to apologize to hundreds of thousands of my compatriots who have incurred losses due to the existing conditions,” he noted, referring to the “temporary” restrictions imposed on Telegram and Instagram.

“As one of its plans to counter the issue of unemployment, the government has supported, and will support the development of start-ups and reinforcement of the cyberspace.”

“Now that peace is being restored, we are negotiating with the Supreme National Security Council to have the restrictions removed,” he added.

However, it seems that aside from the Supreme National Security Council, there are two other elements which can play a role in removing the limitations:

2- Removing the channels of those users who according to Telegram’s Terms of Service (ToS) spread violence through the app.

Unfortunately, some Telegram users outside of Iran have turned this popular messenger into a tool for creating public disorder. They even publish the addresses of the government organizations and some state bodies and call on the protesters to attack them. They train street war tactics and publish the procedures to make home-made bombs.

All these have led the Iranian government to restrict the messenger and decrease the speed of Internet for civil use including sending and receiving photos and films. If Telegram keeps insisting on its policies, there is no doubt that the Iranian users would leave the app for alternative messengers. Iranian users have changed their messaging apps for several times over the past years and inevitably migrated to new apps, from WeChat and Viber to WhatsApp and Telegram. This will not be an exception, either.

How Does Telegram Make Money?
The CEO of Telegram has announced that the messenger makes money through the financial aid provided by some generous donors. But is it believable? The CEO portrays a nice picture of today’s world in which there are nice people who are ready to make donations to social messengers like Telegram.

In a short Farsi piece, the Khabar Online news website has tried to find a convincing answer to the question raised above. It is most probably an issue for many other people since Telegram is known as one of the main driving forces behind the recent unrest and violent street protests in Iran.

But how does Telegram make money? This is a question we have been asked repeatedly, so it might seem interesting for you to know the main financial source of the messenger.

We have heard a lot about the financial aid of the governments. We have heard that there are certain governments which provide financial aid for the popular messenger. But what announced officially by messaging app’s CEO is that Telegram has no certain source of income and will not have either in the future. He says Telegram has never had any advertisement and will not have any in the future. According to the CEO, it also does not have any investor and will never be sold under any conditions. These are the statements of Pavel Durov, the founder and CEO of Telegram.

He has also said that Telegram has received numerous offers from many companies. According to Durov, a number of companies and individuals from Silicon Valley, whose identities he did not reveal, have offered to buy Telegram for three to five billion dollars, but he has rejected them all. He has firmly declared that Telegram will not be put up for grabs in the future.

On the messaging app’s expenses, Durov has claimed he makes ends meet thanks to some generous donors. According to Durov, at present Telegram is rich enough to go ahead with its operations and if it needs money, they “will announce it publicly”.