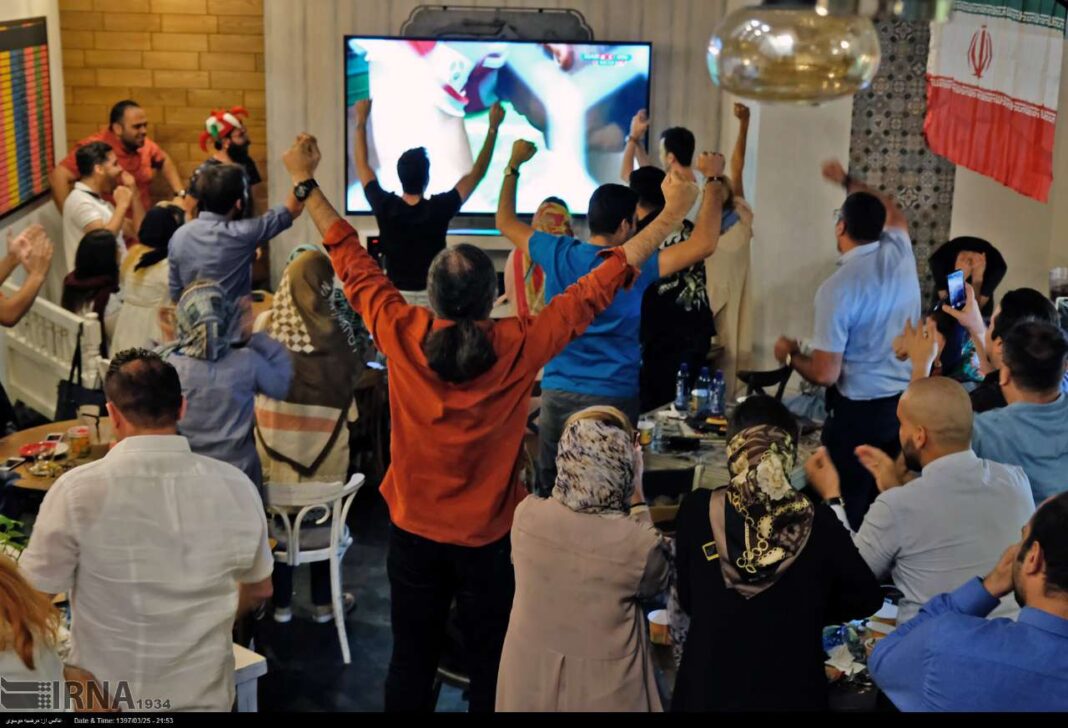 Cafes and movie theatres in Tehran and many other parts of Iran have turned into popular hangouts for Iranian boys and girls who sit together to watch the FIFA World Cup 2018 matches these days.

Spending time in cafes has now become one of the most popular hobbies of the middle class people of Tehran. This is assumed as an opportunity to change the repetitive rhythm of urban life.

However, these days many young people spend their time in these cafes to watch the FIFA World Cup 2018 matches along with their friends.

According to a report by Khabar Online, one can say Tehran’s cafes have become more and more popular after the emergence of social networks.

These days, every cafe that starts working in Tehran can become popular if it attracts customers on social networks.

Another important thing about Tehran’s cafes was their thriving days during the holy month of Ramadan.

A group of coffee shop owners believe that during this month, due to the opportunity to have nightlife in Tehran, they could make money even more than normal days between the iftar time and early hours of the morning.

Ashkan, a cafeteria owner in Tehran’s Yusefabad district, says during Ramadan, the amount of income minus current expenses and monthly rent, increased by about 40 to 50 percent.

“We made a good amount of money in Ramadan, mainly because we had good number of followers on Instagram. A month before Ramadan we tried to create our own charms in the cafe to attract customers. Police and security forces also helped us greatly and let us work until 2 a.m. during this month,” added Ashkan. 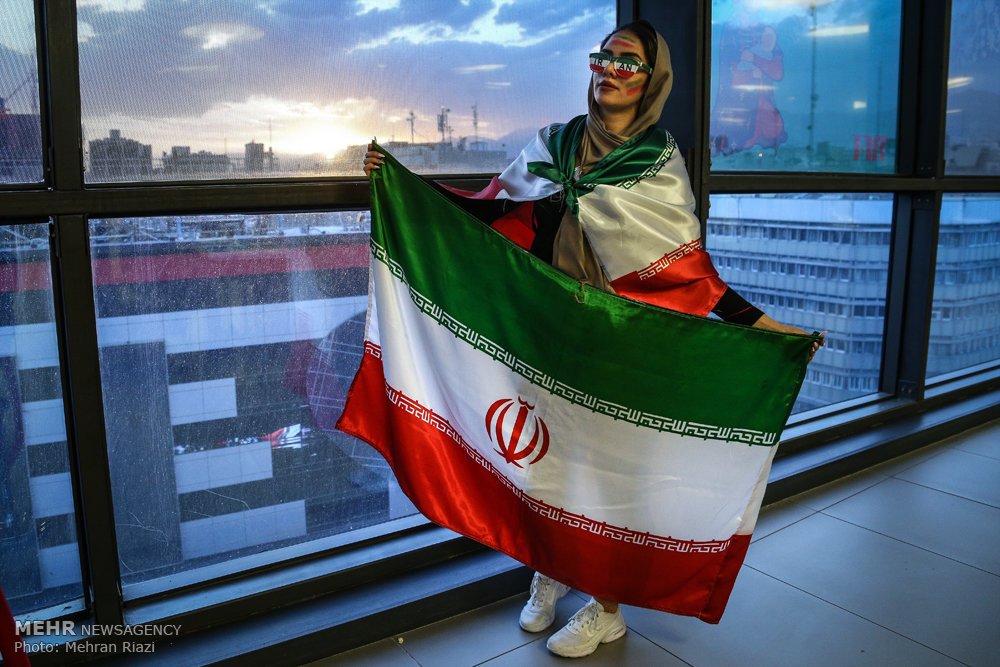 In the northern parts of Shariati Street, Ms Mohebi, one of the cafeteria owners, has enjoyed a good market and is now hoping for better income as FIFA World Cup heats up.

“We did not do anything special. In fact, we installed a 52-inch LCD on the big wall of the cafe and since about 2 weeks ago we told all customers that football matches could be watched in our place. We were totally shocked when it was announced that the police were opposed to watching football in the cafes, but when the licences were issued, we really enjoyed it,” says Ms Mohebi.

She says Tehran’s cafeterias were busy at the time of Iran-Morocco match adding that certainty all cafes with licences had their own customers.

“I think this is a special feature of the Iranians who want to keep the memories of being among others alive. This forces them to get out of home and see an event in a public place. About two years ago, during the holy month of Ramadan, we were among a few cafés that had the licence to show FIVB Volleyball World League, and really received a lot of good feedback.”

There are no clear statistics on the amount of income for the cafeterias which show football matches. Perhaps the main factor is that cafes do not have their own union as they should. But on the other hand, according to the official statistics movie theatre owners earn about 22,000 US dollars for screening each match.

Ehsan, one of the cafeteria owners in central Tehran, says watching football in cafes is a far better experience.

“Audiences in cafes are not faced with the limitations of a cinema, and the atmosphere is more attractive for watching football,” noted Ehsan.

Watching football in public places (cafes, parks, movie theatres, etc.) has now become one of the few options for the Iranian citizens, whether it is a derby or a match of Iran’s national team in an international tournament. This is something that could create moments to enjoy and enhance social vitality, especially during the days that the social and economic pressures of urban life are harder than before.

What follows are photos of these cafes and movie theatres retrieved from various news agencies: