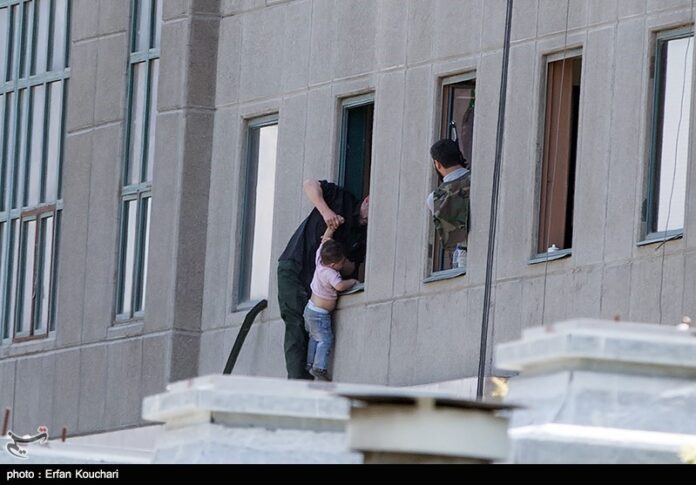 The Wednesday terrorist attacks on the Iranian Parliament and the mausoleum of Imam Khomeini in Tehran finished after all terrorists were killed.

The twin terrorist attacks in the Iranian parliament in central Tehran and the Imam Khomeini Mausoleum in southern capital left 13 dead and 45 wounded.

Here are photos of the incident taken from various news agencies: