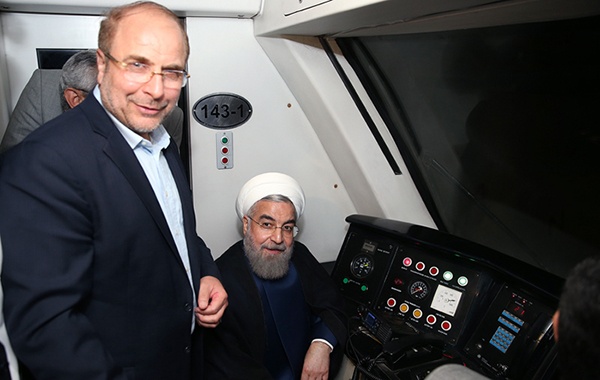 Mohammad Baqer Qalibaf, the Mayor of Tehran, says subway construction in the Iranian capital has faced troubles due to a lack of governmental support.

According to a report by IFP, in what seems to be the beginning of a clash between the conservative Mayor of Tehran, who is also a possible candidate in upcoming presidential votes, and the Iranian President Hassan Rouhani, Qalibaf harshly criticized the Iranian government for neglecting the subway industry.

“If the government cares about civil rights, it must try to solve air pollution problem in the first place by improving public transportation,” Qalibaf noted, referring to Rouhani’s recent introduction of Charter on Citizens’ Rights.

“However, the government receives loans for car import but not for public transport.”

“The subway industry was hampered by lack of governmental support. Everything is almost done, we just need subsidy for wagon building. According to Iran’s law, the government has a duty to fund 50% of subway costs. It has failed to meet this obligation until now.”

He went on to say that to negotiate with the world, the government should consider domestic capacities at first.

“Despite being deeply affected by the sanctions, the subway wagons have been made like before through the increasing efforts of our workers.”

“So the sanctions caused a boom in Iranian subway construction,” he added.

Interior Minister Abdolreza Rahmani Fazli later promised to follow up on the issue of subway trains in Tehran, and stressed that the Transport Minister Mahmoud Akhondi has good plans to resolve the problem.

He also noted that the contracts for supply of 2,000 wagons will be signed in the near future.

Rahmani Fazli at the same time urged the Municipality of Tehran to put the issue of subway system high on its agenda to resolve the traffic jam problem in Tehran.