Iranian and Saudi foreign ministers shook hands on the sidelines of the OIC’s extraordinary meeting in Turkey in a move that could be referred to as bad news for Israel.

As the first step towards easing tension between Tehran and Riyadh, tens of thousands of Iranian pilgrims are currently travelling to Saudi Arabia for this year’s Hajj pilgrimage.

Hajj officials from both countries held extensive talks on the participation of Iranian pilgrims in the largest international congregation of Muslims in the holy city of Mecca a couple of years after the tragic incidents in Mina and Tehran’s decision to stop sending its pilgrims.

In their discussions, they set the stage to keep the wall of mistrust between the two nations from going any higher. 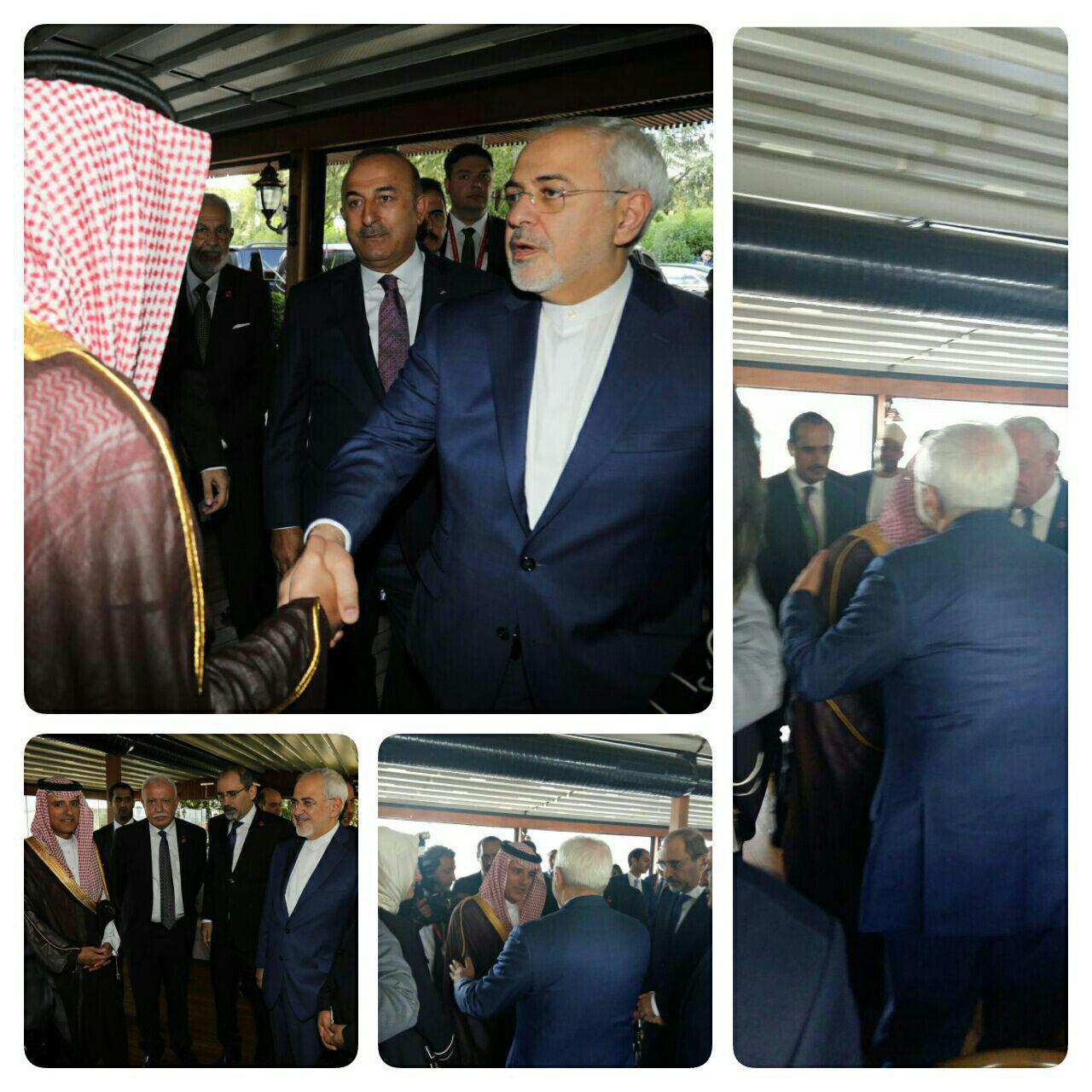 The recent speech by Leader of the Islamic Revolution Ayatollah Seyyed Ali Khamenei in the run-up to this year’s Hajj rituals (a religious duty whose political dimensions have always been emphasized by Iran since the 1979 Islamic Revolution) clearly highlighted the need for unity among Muslims and Islamic countries. Ayatollah Khamenei suggested the root causes of divisions and rifts between Islamic nations and states should be sought somewhere outside Islamic territories (the US). The Leader also underlined the Hajj event is an opportunity which should be seized to promote rapport and coordination among Muslims to counter the Israeli encroachment upon the al-Aqsa mosque.

The remarks recently made by Iranian Hajj officials also showed a positive atmosphere in relations between the two regional arch-rivals. Iran Leader’s representative in Hajj affairs Seyyed Ali Qazi-Askar hailed Saudi Arabia’s commitment to its obligations and said the Iranian pilgrims were well received by the Saudi side.

A few days ago, Iran also upheld the prison terms of those who had attacked the Saudi embassy in Tehran. The move, which was made ahead of the Hajj pilgrimage, can be described as a goodwill gesture by the Iranian side.

However, Saudis are also sending positive signals to the Islamic Republic. Saudi foreign minister has reportedly come forward to shake hands with his Iranian counterpart on the sidelines of the extraordinary meeting of the Executive Committee of the Organization of Islamic Cooperation.

The meeting was held in Istanbul, Turkey, on Tuesday focusing on the holy Quds and fighting Israel’s blatant violence against worshipers as well as the unprecedented limitations created by Israel for the presence of Palestinians at the al-Aqsa mosque.

The event coincided with the beginning of the Hajj season, paving the way for taking another key step toward détente in the crisis-hit Middle East.

Iranian Foreign Minister Mohammad Javad Zarif shaking hands with his Saudi counterpart Adel al-Jubeir can be as promising for Syrian and Iraqi war-stricken people and refugees as it can be disappointing for Israeli Prime Minister Benjamin Netanyahu!