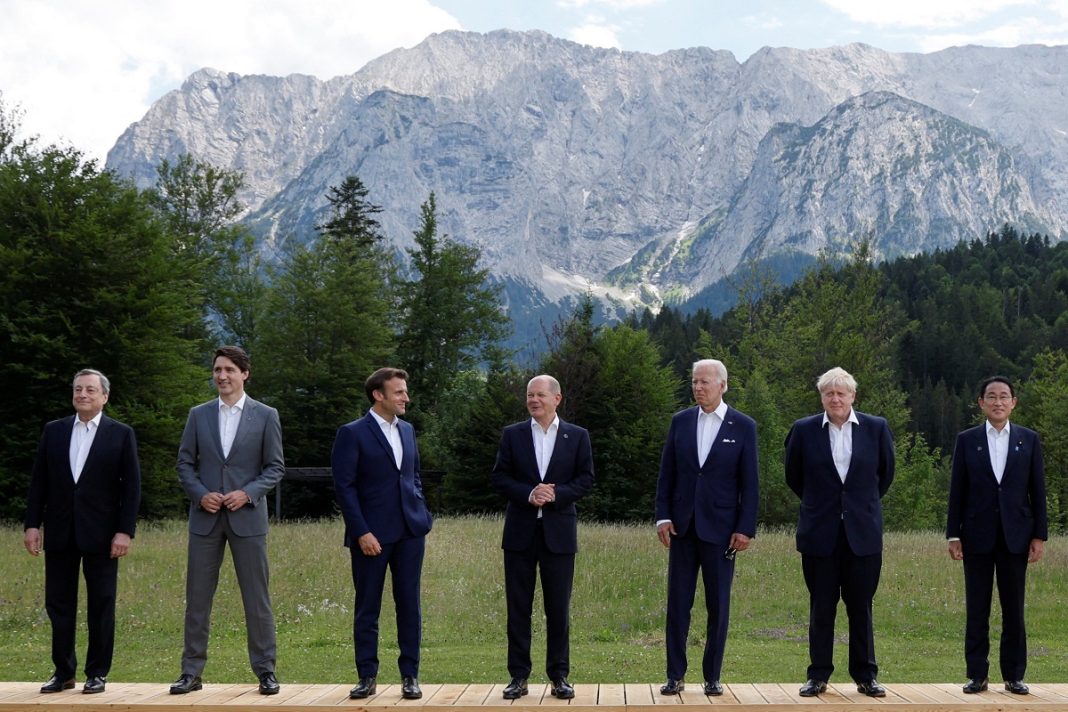 Tehran has condemned as “baseless, one-sided, and unjust” an anti-Iranian statement issued by the Group of Seven (G7) industrialized states following a summit in Germany.

Iranian Foreign Ministry spokesman Nasser Kan’ani said Tuesday that the G7 meeting’s final communiqué was “in accordance with the wrong habits of the countries that issued it and shows the futile insistence on failed policies that have contributed the most to destabilizing the implementation of the nuclear deal.

Such a stance, he added, causes “disputes in negotiations to lift sanctions, as well as creating insecurity and preventing the establishment of endogenous security arrangements in the Persian Gulf region.”

Kanani stressed that the G7 statement “deliberately ignores the gross violation of the nuclear deal and UN Security Council Resolution 2231 by the United States and the maximum illegal sanctions imposed on the honorable people of Iran.”

He added, “Those who issued the statement, by continuing the policy of illegal cross-border sanctions against the Iranian people or inaction in the face of them, have the greatest share in creating the current conflict and continue to insist on the wrong policy in various ways and deliberately ignore the emphasis of the Islamic Republic of Iran’s embargo on nuclear arms and, by having the largest arsenal of nuclear weapons, escape forward and make false accusations.”

Kan’ani also stated that such a set of irresponsible positions and behavior creates tension and threaten international security, while clearly they are indebted to Iran for its tolerance in the face of the nuclear deal, because otherwise there would be no room for negotiations today, but they are deliberately turning a blind eye to this fact.

He added, “We strongly condemn the destabilizing role of the parties that issued the statement in the Persian Gulf region, and it is imperative that they, instead of leveling false accusations against Iran’s legitimate missile defense program which can never be negotiated or compromised, be held accountable for the sales of billions of dollars worth of advanced weapons, which is one of the most important causes of instability in our region.”

The official also slammed the political, instrumental and selective use of human rights by the countries that issued the statement.

“We call on the countries that issued the statement to refrain from their actions that create tension and are constantly narrowing the space for regional and international peace and security,” the spokesman stressed.

Kan’ani said, “Obviously, such statements with politically ill intentions will not make Iran abandon its rightful positions and principles.”