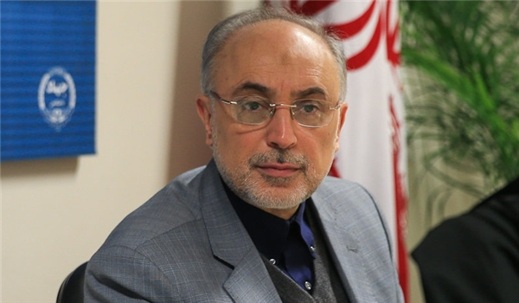 Iran is ready to create a regional safety convention for the supervision of the regional countries' power plant operations, said Salehi.

Director of the Atomic Energy Organization of Iran (AEOI) Ali Akbar Salehi underlined the country’s preparedness to sign a convention with regional countries on safety of nuclear power plants.

“The regional countries, especially the Persian Gulf littoral states, have stepped into the arena of peaceful nuclear activities and for instance, the UAE is building four nuclear power plants and other countries have also announced plans to build nuclear power plants,” Salehi said in Tehran on Saturday evening.

In earlier remarks in December, Salehi had underscored that Iran welcomed acquisition of civilian nuclear technology by its Arab neighbors in the Persian Gulf, and announced the country’s preparedness to share its experience with them to this end.

Salehi was asked by reporters to comment on the UAE and Saudi Arabia’s efforts to build nuclear power plants, and said, “We will be happy if the Islamic and developing countries, including the UAE and Saudi Arabia, can gain access to this technology based on their rights enshrined in the NPT (Non-Proliferation Treaty) and the (International Atomic Energy) Agency’s statute and we don’t have any concerns in this regard.”

Describing Iran as a pioneer in efforts to restore the developing countries’ rights to use peaceful nuclear technology, he said, “If they want to enter the arena of civilian nuclear activities, we will welcome and will be happy.”

“We are ready to transfer our experience to these countries and we are prepared to set up a joint nuclear energy council in the Persian Gulf (region),” Salehi underlined.

His remarks came after Mohammed Al Hammadi, the chief executive officer of the Emirates Nuclear Energy Corporation, announced that construction of the first of the four units of the UAE nuclear power plants was progressing fast and 61 percent of the work is complete.

The UAE is building four 1,400 MW units to produce nuclear energy in Baraka area bordering Saudi Arabia. The units will start coming up online one by one from 2017 through 2020, adding 1,400 MW of electric power to the Abu Dhabi power grid.

Also, Saudi Arabia has announced plans to construct 16 nuclear power reactors over the next 20 years at a cost of more than $80 billion, with the first reactor on line in 2022.