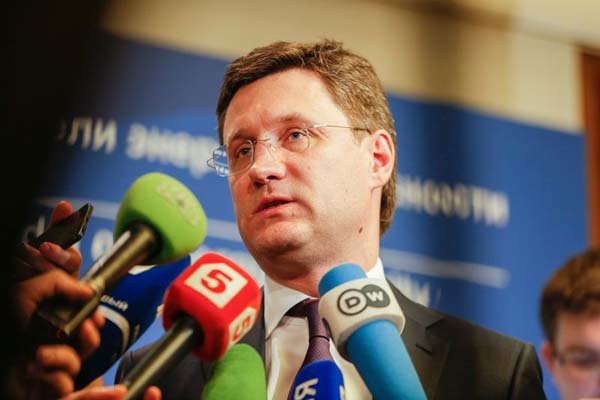 Russia’s Minister of Energy Alexander Novak announced that Iran and Russia have signed a number of investment contracts in recent days.

Addressing Iran-Russia Business Forum in Tehran, the Russian Energy Minister referred to inking of investment deals between economy ministries of the two countries, saying “tariffs on certain export commodities have been cut down and a customs green corridor has been launched.”

According to a report by Mehr, he further pointed to the accord on facilitating visa issuance between the two sides, asserting that both sides sought to resolve legal and banking issues as a means of boosting bilateral trade ties.

On replacement of dollar with national currencies of Iran and Russia, Novak said central banks and monetary institutions of the two countries have paved the path in this regard and money transfer is being performed.

Russian energy minister also noted that 10 major banks of Iran and Russia have embarked on the project and a team has also been put in charge of tackling existing banking difficulties.

He further maintained that several Memoranda of Understanding (MoUs) on large-scale projects were inked last year, the details of which are being discussed.

“Economy ministers of both countries are also planning to allocate a 2.5-billion-dollar credit to proposals.”

The visiting official said one contract pertained to construction of Bushehr Power Plant and electrification of Iranian railways; “negotiations are also underway on sales of Sukhoi Superjet 100 (SSJ100) aircraft to Iran.”

The Russian energy minister pointed to age-old energy ties between Tehran and Moscow over construction of power and nuclear plant, and said companies of both sides have also agreed on development of oil and gas field following the removal of international sanctions.

The talks also dealt with inking a free trade agreement with Eurasian Economic Union for which necessary steps have been taken and a free trade zone will be created.

He expressed hope that recent measures would trigger further economic activities between the two sides.