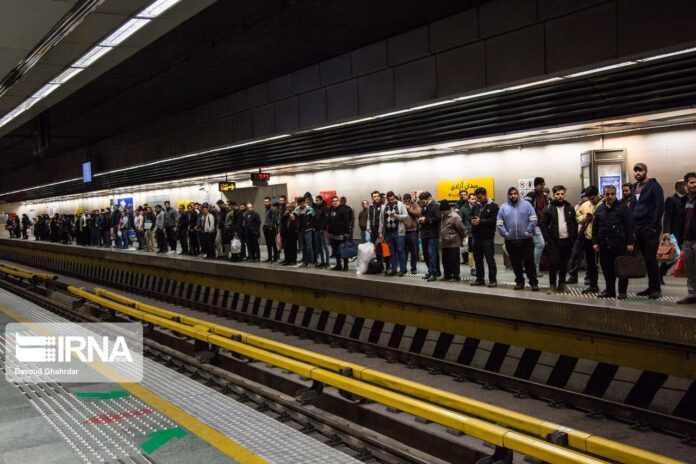 Glass walls are to be erected at the edge of platforms in 35 subway stations across Tehran to prevent people committing suicide by jumping in front of the trains.

Commander of the Tehran Metro Police said studies have been carried out to construct platform glass walls in 35 subway stations, noting that infrastructure of the project is being developed.

In an interview with Tasnim, Colonel Saeed Ataollahi said Police officers are on duty in all metro stations, and there are also central Police offices in 13 stations.

Police are ensuring security at all subways stations round the clock, the commander noted, pointing to special plans to prevent suicides.

“Police have prevented suicide attempts in a considerable number of cases. Maybe someone decides to commit suicide suddenly because of mental and psychological problems, but we have trained the Police forces what to do in that occasion,” Ataollahi noted.

The security forces would not let the person who has attempted suicide leave the place, but take care of the distressed person and call his or her family for post-traumatic health care service, the colonel added.

He said the Police have informed the Tehran Metro of the need to erect glass walls, noting that such suicide barriers are going to be erected in 35 stations despite the heavy construction costs.

There are at least 125 subway stations across Tehran, with 300 kilometers of railroad running under the metropolis. More than one million people ride the subway in capital every day.

The first suicide in the subway system of Tehran occurred in 2005, when an 18-year-old girl succumbed to injuries after a suicide bid.

The subway stations of Tehran have seen dozens of suicide attempts afterwards, many of which have been unsuccessful due to the timely presence of the security forces on the platform.

Construction of floor to ceiling glass barriers will stop passengers falling or being pushed on the line.

Apart from increasing safety, the glass barriers cut the blast of rushing air caused by trains hurtling into stations, improve heating, ventilation and air conditioning, and also prevent litter building up on tracks.

Screen doors are widely used on transport systems around the world.