A solo exhibition of paintings by renowned French filmmaker Jean-Claude Carrière was recently held at the Dastaan Gallery of Tehran.

Jean-Claude Carrière is a French novelist, screenwriter, actor, and Academy Award honoree. He was an alumnus of the École normale supérieure de Saint-Cloud and was president of La Fémis, the French state film school.

The French film expert and Rumi scholar was recently honoured for his lifetime cultural achievements by the Persian literary monthly Bokhara at the Centre for the Great Islamic Encyclopedia in Tehran.

French ambassador to Tehran Philippe Thiébaud, in a speech, referred to Jean Claude Carrière’s previous presence in Iran, saying that he came to Iran last year to receive the Farabi Award, and this time there is a commemoration ceremony for him.

“However, this is not the only reason for his presence in Iran. Jean-Claude Carrière has a great talent in designing in addition to writing, screenwriting and translating, and his works are now on show in the Dastaan Gallery,” added the ambassador.

Carrière’s wife, Nahal Tajaddod, is a modern-day Iranian writer and daughter of Mahin Tajadod, a pioneer playwright in Iran who has been conducting research on Rumi. 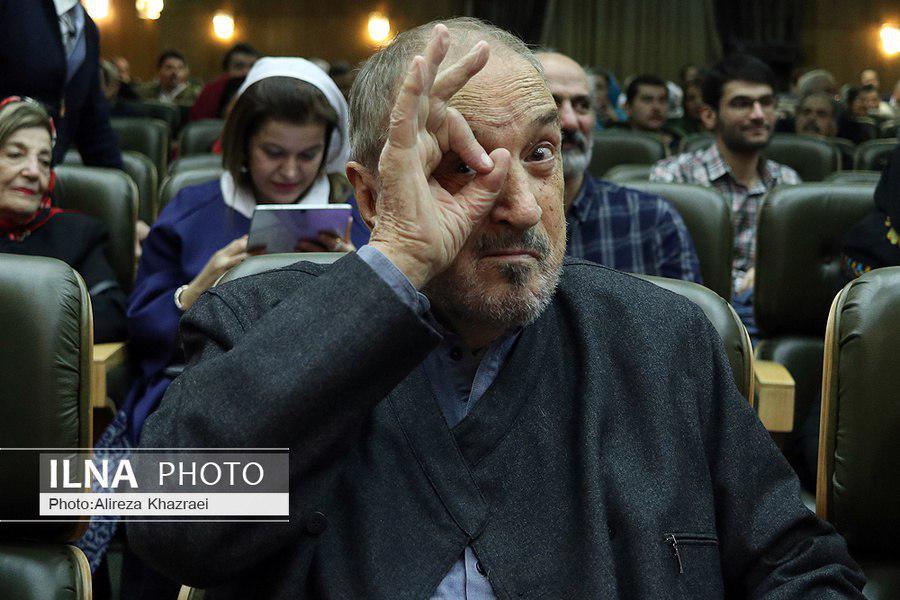 This led to Jean-Claude Carrière’s translating of Rumi’s works into French that was published by a very prestigious French publication. Currently, Carrière is making a film on Rumi.

According to Nahal Tajaddod, the Persian poet Rumi was living during the Mongol invasion. Therefore, Jean Claude decided to start the movie with a scene where little Rumi is fishing, but hunts a corpse instead.

“At first, we thought we may have troubles making this film inside Iran, and unfortunately outside Iran, Rumi is not known very much, but fortunately this is taking place at the moment.”

During the ceremony, Jean-Claude Carrière said that “I made my best efforts. What I really wanted to emphasise was that when you want to pay attention to a culture you need to love its people, and my wife played a great role in this.”

I have travelled to Iran many times, and every time I went to a different region, but I was well-received and treated with respect, added the French artists.

“I’m an aggressive person, but Iranians are very hospitable,” he continued, “For example, if I am lost somewhere in southern Iran and a farmer is 200 metres away from me and finds out that I am lost, he will leave his job and come to my aid although he knows I cannot speak Farsi. However, in France I do not know a farmer that abandons his job on such an issue. To love a nation you must get closer to them.”

He went on to say that here some people who are not living anymore must be remembered.

“The first person I want to mention is Dariush Shayegan, whom I talked to about Iranian and Indian culture. The second is Ezzatollah Entezami, a great actor and narrator, and the third is Abbas Kiarostami. Abbas was a close friend of mine.”

Carrière pointed to the story of his acquaintance with Kiarostami saying that “At that time nobody knew Kiarostami in France, until once a friend called and said you should watch a movie, but he did not know the director. I went to see that film and was amazed. That was Kiarostami’s ‘Where’s Friend’s House’ and I also watched his ‘Close-Up’ the same day. I watched ‘Where’s Friend’s House’ three times, and I can say it is one of the best movies I’ve ever seen. I saw this movie when I didn’t even know there existed a cinema in Iran.”

An exhibition of paintings by Jean-Claude Carrière was held at the Dastaan Gallery of Tehran on November 8-22. The following photos of the exhibition have been retrieved from Honar Online: