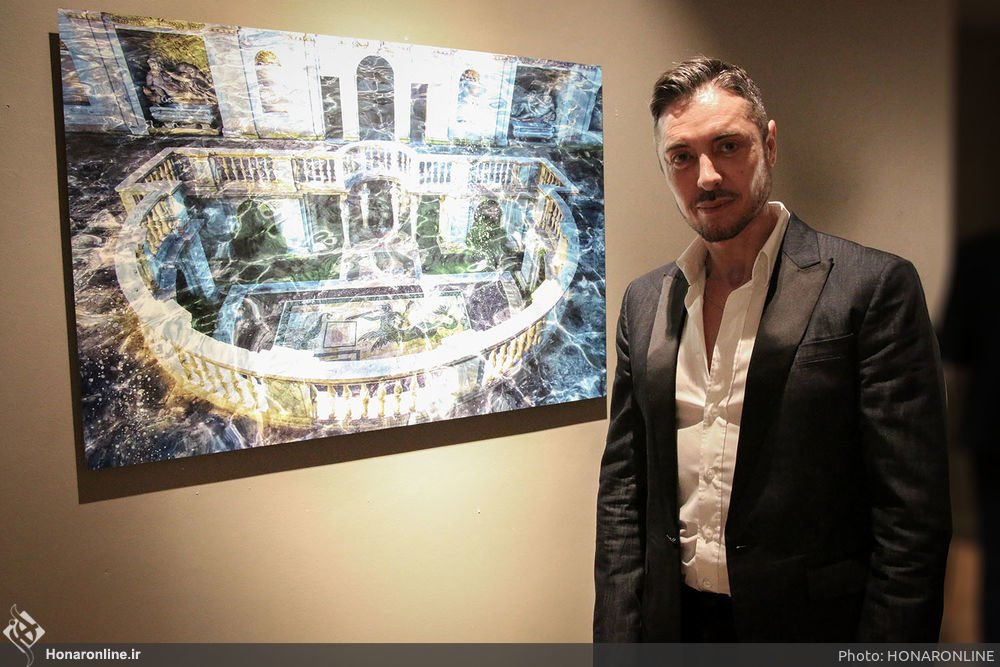 Acclaimed Italian photographer Aldo Salucci has held an exhibition in Tehran called “Underworld” under the auspices of Iranian Artists Forum and the Italian embassy in Tehran.

Salucci, a fond of marine sports and diving, has put on display 15 photos out of his three collections of marine photos at the 10-day exhibition in the Iranian Artists Forum.

The exhibition will be open to visitors until April 16, a Farsi report by Honar Online news agency.

Salucci uses the element of water as a source of inspiration for his artworks. He says water has always been attractive for him and he has used it in a creative way in his artworks.

The Italian photographer depicts water in his works out of its main context and pays special attention to its geometry and fluidity.

In his photos, he focuses on the most attractive and perfect forms of water. Now, through his exhibition in Tehran, he wants to lead his Iranian visitors towards a constructive and creative imagination about the world.

Salucci has been professionally involved in photography in the past five years. His exhibitions have been held mainly in Italy. Underwater exhibition is his first exhibition held outside of his country.

The photos on display during Underworld exhibition have been printed with a new technical method called Chromalox in which the photos are printed on a thin iron sheet. The photos printed with this method enjoy a high resolution which attracts the viewers.

In his first collection, Salucci has put his focus on the surface of water. His photos in this exhibition remind the viewers of the sea.

The second collection, however, deals with more complicated subjects. In this collection, which is called “Flower”, Salucci goes to the sea bed and tries to reach its depth.

In the third collection named “Dystopia”, we witness only the ruins of the world. To illustrate the ruins more vividly, he has taken photos of historical ports.

“The clearest message I want to give to my viewers during the Underworld exhibition is that the deeper we go, the more self-understanding we will achieve,” he said.

Salucci then added through these photos, he wants to call on all residents of the world to play their role in saving the world and its heritage.

In response to a question why he has chosen Iran as the first foreign country to display his photos, he said, “Iran has always been attractive to me because of its rich culture and glorious civilisation.”

Salluchi went on to say that there are only a few countries like Iran which enjoy a rich culture and added “Iranians still attach great significance to art and it is part of their daily life. I liked to put them in touch with my photos because the relations they establish with my artworks are highly important for me.”

The Italian artist concluded that for his Underwater Exhibition in Tehran, he has chosen his own favourite photos out of his three collections.