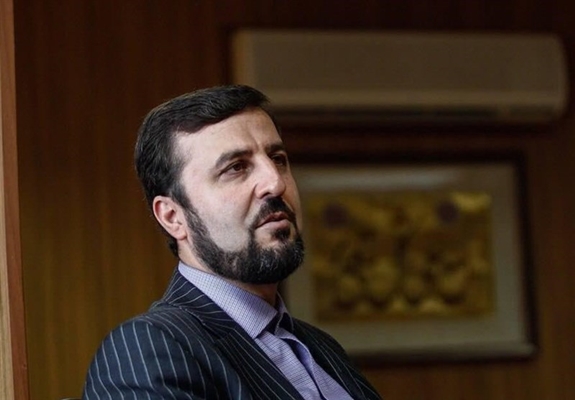 Iran has condemned ridiculous claims by the Israeli regime as well as irrelevant comments by the United Arab Emirates (UAE) over Tehran’s nuclear program during the 63rd General Conference of the International Atomic Energy Agency (IAEA).

“The Israeli regime, with a long record of adopting opportunistic policies to deflect attention from its brutal and inhumane treatment of Palestinian people and other countries in the Middle East, is one of the key sources of crisis, instability, suffering and anger in this region’s recent history,” said Iran’s permanent representative to international organizations in Vienna Kazem Gharibabadi

“It is utterly ridiculous that a regime which has ignored all non-proliferation and disarmament treaties and produced all types of weapons of mass destruction is blatantly preaching to a country which is a member state of the Non-Proliferation Treaty (NPT) and whose nuclear facilities and materials are under the safeguards of the IAEA,” said Iran’s representative.

“All of Iran’s nuclear activities are being carried out in the most transparent way and are being verified by the agency,” he added.

He further said despite the international community’s support for the Iran nuclear deal known as the Joint Comprehensive Plan of Action (JCPOA), the Israeli regime and a handful of others have made extensive obstructive moves to undermine this achievement.

“We hope such disappointing attempts will not divert international attention from Israel’s crimes and nuclear program. Israel should abandon its nuclear weapons, joint the NPT without delay or preconditions and place all of its nuclear installations under the agency’s safeguards,” said Iran’s envoy.

Also in reaction to the comments made by the UAE’s representative, he said Iran is a source of stability in the region.

He said Tehran attaches great significance to nuclear safety, adding governments bear the main responsibility in that regard.

“Iran has used the highest standards in the construction and launch of its nuclear facilities, and believes national technical potential and culture are the necessary elements for applying standards, and that it is impossible to fully handle the issue of safety by simply buying and importing some pieces of equipment,” he said.

Elsewhere in his remarks, he said Iran has shown in a transparent manner that it is the main source of security and stability in the region, and has shown this reality on different occasions, namely in fighting terrorism and defeating terrorists, who were created and equipped by certain governments both inside the region and beyond.

“These governments have clearly and repeatedly shown that they have no reservations about launching aggression against other countries and getting involved in destructive wars, and that they even support and use internationally notorious terrorist groups such al-Qaeda and the ISIS in order to achieve their illegitimate objectives,” he said.

Iran’s envoy further stressed that all countries are entitled to utilize atomic energy for peaceful ends.

“It is the inalienable right of all countries to use nuclear technology for peaceful purposes. And Iran has a transparent and well stabilized nuclear program. We strongly suggest that newcomers to the nuclear domain, namely the UAE, show maximum transparency and not make any diversion in peaceful nuclear programs,” he said.