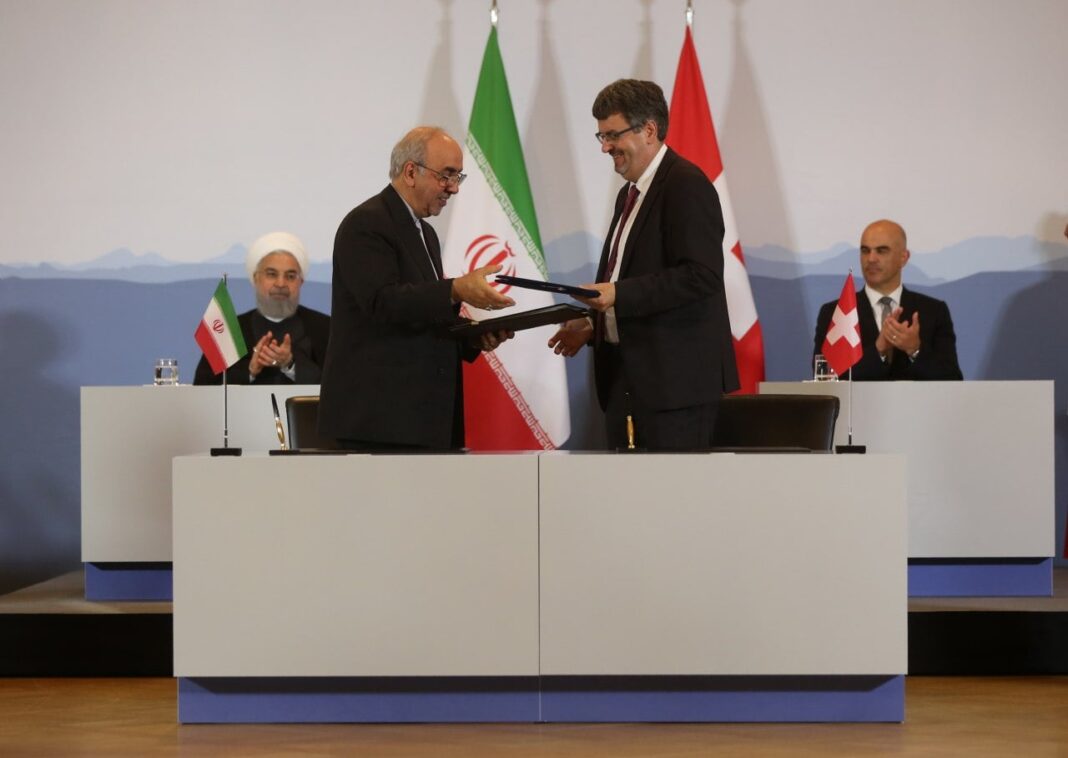 Iran and Switzerland signed a number of Memorandums of Understanding on Tuesday to expand their mutual relations in various areas.

The MoUs were signed in a ceremony in Switzerland attended by Iranian President Hassan Rouhani and his Swiss counterpart Alain Berset.

The signed documents are expected to prepare the ground for further banking, financial, investment, tourism, scientific and cultural cooperation between the two sides, a report by Fars News Agency said.

Two scientific and health documents and an agreement on road transit were among the key documents signed by the two countries.

In a joint press conference with his Swiss counterpart after the signing ceremony, the Iranian president said the Islamic Republic attaches significant importance to expansion of ties with Switzerland which is widely known by Iranians as a cultural and scientific country.

Rouhani underlined that Iran and Switzerland enjoy a strong political will to strengthen their economic, political, scientific and technological relations.

“The MoUs signed between Iran and Switzerland reveal that the two sides are determined enough to expand their cooperation,” he said.

Elsewhere in his remarks, Rouhani said Iran and Switzerland have decided to enhance their ties in banking, financial, investment, tourism, scientific and cultural areas.

President Rouhani then expressed Iran’s interests in establishing close cooperation with Switzerland to resolve regional crises including the worsening humanitarian situation in Yemen.

Rouhani said that during his talks with Berest, the two sides discussed mutual and international relations and many other issues like football.

“I seize the opportunity here to wish success for Switzerland’s national football team for tonight match against Sweden in the FIFA World Cup,” he noted.

He made the remarks in reaction to Berest’s congratulation on the brilliant performance of the Iranian national football team during the world cup matches.

In response to a question on the upcoming meeting of the joint economic forum between Iran and Switzerland, he said the forum was agreed upon during the visit of the former Swiss president to Iran back in 2016.

“During the visit, we developed a roadmap for expansion of the economic ties and to this end established a technical committee tasked with settling the differences between the two sides on economic issues,” he said.

Rouhani arrived in Switzerland on Monday as part of a European tour which is expected to take him to Austria on Wednesday. During his European visits, he is expected to focus on mutual and regional issues and the JCPOA.