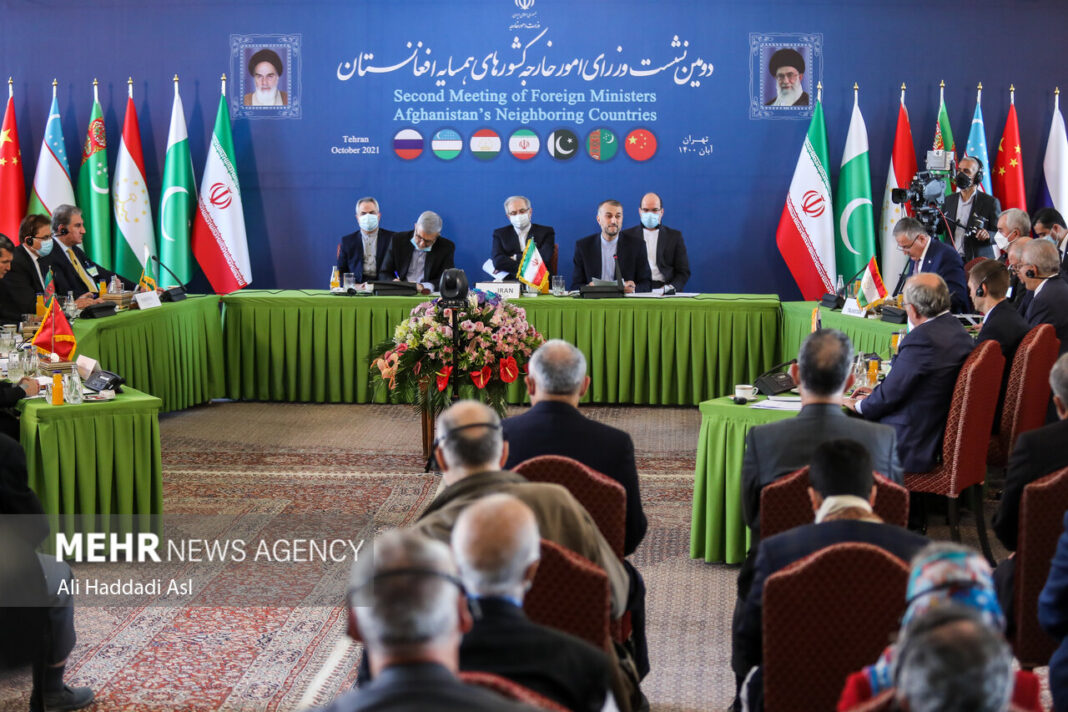 The Tehran forum on Afghanistan has wrapped up its work with participants calling for an inclusive government that represents all ethnic groups as the only way out of the current impasse in Afghanistan. They also called on the Taliban to ensure the rights of all ethnicities and that “the territory of Afghanistan would create no threat for the neighboring countries”.

“[We call for] continued and realistic support for resolution of disputes through talks and negotiations among relevant parties to achieve national reconciliation, a lasting political solution and formation of an inclusive government,” foreign ministers of neighboring countries, Iran, China, Pakistan, Tajikistan and Turkmenistan plus Russia, said in a joint statement.

They expressed their support for the national sovereignty, political independence and territorial integrity of Afghanistan and rejected any foreign interference in its affairs.

The ministers called on the Taliban to ensure “the territory of Afghanistan would create no threat for the neighboring countries”. They also underlined the significance of the Taliban protecting the legitimate rights of foreign nationals and institutions as well as all ethnic and religious groups and women in Afghanistan.

The participants also voiced deep concern about the political and economic situation in Afghanistan and called for international humanitarian assistance to the country, especially by the US and other western countries, as “those bearing the main responsible” for the current situation in the country.

It was an echo of the comments by the UN Secretary General Antonio Guterres in his video message to the meeting. He said Afghanistan is facing a “mounting humanitarian crisis” that needs urgent action.