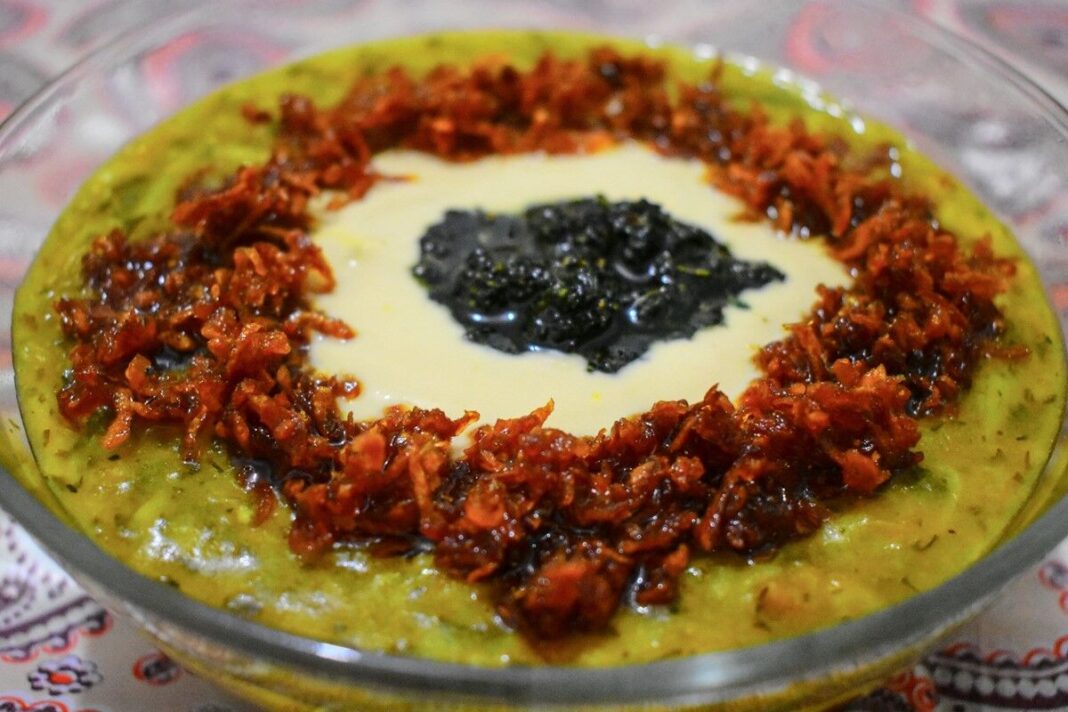 Tarkhineh (also known as Kashkineh) is a nutritious local dish cooked in many western cities of Iran.

Tarkhineh is a dried food ingredient, based on a fermented mixture of grain and yoghurt or fermented milk, found in the cuisines of the Middle East. Dry tarkhineh has a texture of coarse, uneven crumbs, and it is usually made into a thick soup with water or milk.

Tarkhineh can be eaten in all seasons, but in winter, it is said to have a positive effect on the treatment of colds.

It is made of half-beaten wheat, dried mint, turmeric, salt and local vegetables that are soaked in yogurt drink for several days.

The dish is cooked slightly different in the Lor and Kurdish areas, and can even be prepared with different legumes such as mung bean, lentils and beans.

You can get Tarkhineh from apothecaries. This food ingredient is considered a semi-prepared one, but has a long shelf life and does not need to be stored even in the refrigerator.

Onions: A large one

Salt & Pepper: As much as needed

Dried Mint: As much as needed

Black Pepper: As much as needed

Soak Tarkhineh in water for two hours to separate the yogurt. Then separate the wheat from the yogurt and cook with two glasses of water on a low heat.

In the meantime, chop the onion and fry it. Add the yogurt that was originally separated from Tarkhineh to the soup, but first make sure the wheat is well cooked.

Add turmeric and black pepper to it. Now, add the onion to Tarkhineh and cook it for a while. Finally, add the mint and a few minutes later the soup is ready.