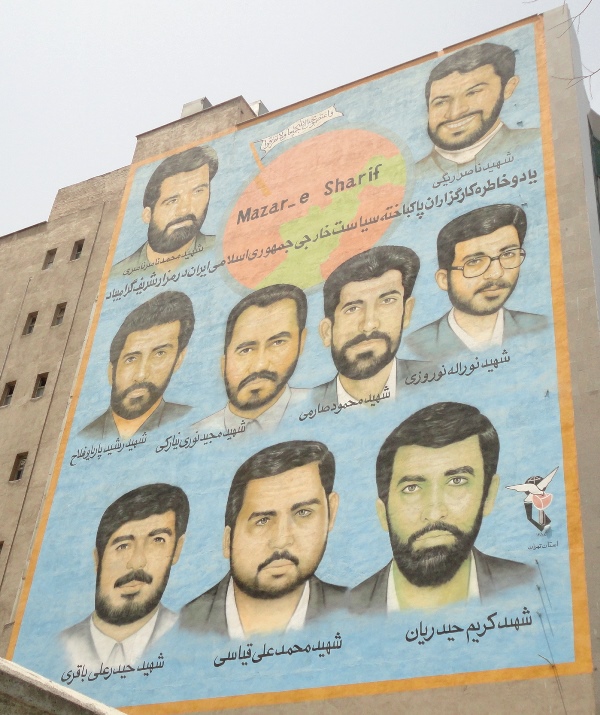 Iran’s Foreign Ministry Spokesman Saeed Khatibzadeh says the talks being held between Iranian officials and the Taliban with the aim of bringing back stability to Afghanistan don’t mean that Tehran has forgotten the militant group’s 1998 killing of Iranian diplomats in Mazar-i-Sharif.

“All the talks being held [between Tehran and the Taliban] are either upon the request of or with the knowledge of the Afghan government,” he added, speaking to reporters in a weekly press conference.

“What needs to be said is that the Taliban are part of the reality of Afghanistan’s today and future, but not all of it. The Taliban office is officially operating in Doha and in Pakistan as well as other places.

They are holding direct negotiations with the Afghan government and ruling system, and the Kabul government has been informed about this visit [of Taliban to Tehran].”

“On many issues, the two sides have already exchanged views. Of course, there are many things to say about the nature and activities of this group. We haven’t forgotten the issue of our martyrs [killed by Taliban] in Mazar-i-Sharif, and definitely one of the issues is that we have always held talks to find the perpetrators,” Khatibzadeh noted.

The recent visit of a Taliban delegation to Tehran and their meetings with top Iranian officials have drawn widespread criticism, but Tehran says these talks are necessary for restoring peace and stability to Afghanistan, and are thus vital for Iran’s security.

“This visit has been made in line with and within the framework of negotiations between the Afghan government and this group. We have always, not just in this case, announced that we support intra-Afghan dialogue and all-inclusive talks among Afghan groups. The Taliban are definitely part of these groups,” Khatibzadeh said Monday.