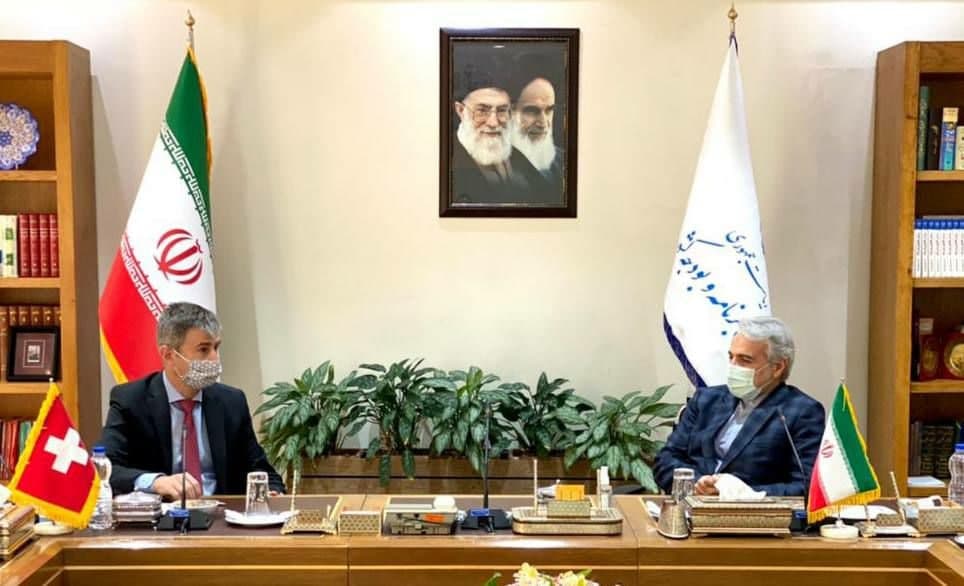 The Ambassador of Switzerland to Tehran says several Swiss companies are interested in making investments in Iran even before the US sanctions are lifted.

Speaking in a Monday meeting with Iranian Vice-President Mohammad-Baqer Nobakht, the European ambassador said the Swiss companies Fuller, Syngenta, Roche, Novartis and Nestle are willing to make investment in Iran despite the US bans.

Markus Leitner also called on Iran to remove the customs barriers, among others, considering the Swiss companies’ demand for presence in Iran.

Nobakht, who is also the head of Iran’s Budget and Plan Organization, welcomed the European country’s approach, and said the recent negotiations between the two countries’ presidents were positive and indicated mutual trust.

“The reason why Iran survived the US sanctions was the institution-building in Iran, which gives Iran the possibility of making decisions under sanctions,” he noted.

Nobakht expressed pleasure that Switzerland has always endeavoured to have good and logical ties with Iran.

“The sun of sanctions is setting, and the sun of collaborations is rising. God willing, we will have wider cooperation with the Swiss side in the future,” he added.