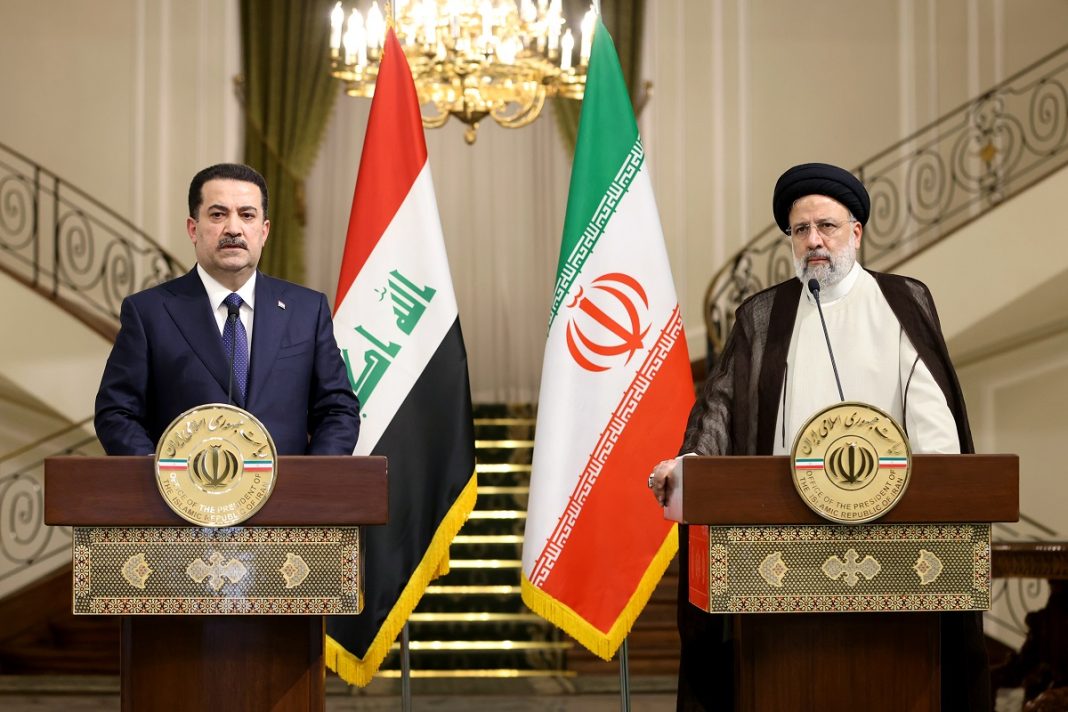 New Iraqi Prime Minister Mohammed Shia al-Sudani says his country will never forget Iran’s support in its fights against terrorism, and that Baghdad will not allow any party to pose a security threat to its eastern neighbor from Iraqi soil.

Speaking at a presser alongside Iranian President Ebrahim Raisi in Tehran on Tuesday, the Iraqi premier said he was visiting the Islamic Republic at the invitation of Iranian officials for talks on political and economic cooperation as well as issues of regional significance.

He praised Iran for offering advisory assistance to the Iraqi armed forces in the fight against the Daesh terror group, which lasted from 2014 to late 2017, saying Iranian advisors sacrificed their lives alongside their Iraqi brothers in the counter-terrorism battle.
Sudani said the security of Iran and Iraq are unified and inseparable.

Bound by its constitution, Iraq will not allow any group or part to harm Iran or disrupt its security using Iraqi soil, he emphasized.

The Iraqi prime minister said officials of the two countries will discuss the issue of security and try to work out a mechanism for cooperation on the field in order to prevent any tension.

For his part, President Raisi said Iran-Iraq ties are nothing usual but they are deeply rooted in the two nations’ beliefs.

He expressed hope that bilateral ties will see a boost in various fields, including security, economy, trade, politics, culture, science and technology, under the new government in Baghdad.

“To us and the Iraqi government, security and peace in the region are highly important and the two countries’ officials have agreed and are determined to fight terror groups, organized crimes, drug trafficking and any insecurity that poses a threat to the region,” he said.

“Security, peace and stability should be established in the region at the hands of its own forces. The presence of outsiders does not build security but adds a problem to our problems itself,” the president said.

The Iranian chief executive also added that the exit of foreign forces from the region can greatly contribute to regional security.