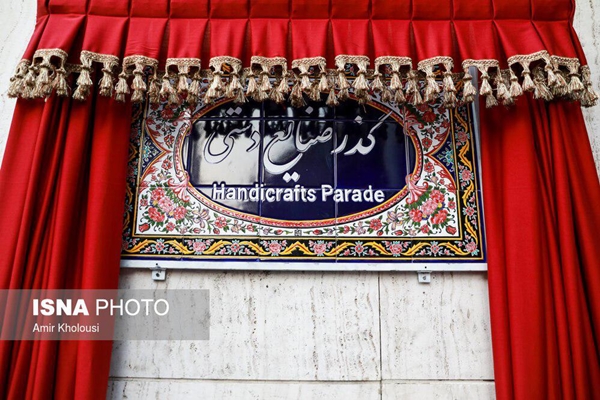 Tehran City Council has given a street in downtown Tehran the title of “Handicrafts Parade” on the occasion of the World Handicrafts Day, which is annually marked on June 10.

The title was given to Dr Nejatollahi Street (formerly known as Villa Street) in central Tehran which is famous for its various handicrafts shops.

The title was written on a seven-coloured tile installed at the starting point of the street.

The south-north street in central Tehran was named after Kamran Nejatollahi after the Islamic Revolution in 1979. Nejatollahi was an Iranian student who was killed by the former regime forces during a student sit in 1979.

The street used to be among the most significant ones in Tehran back in 1960s. Due to the presence of lots of modern hotels along the street, it has been among the favourable streets of most Iranian and foreign tradesmen.

To this end, lots of Iranian handicraft shops were set up along the street. Today, the shops have been divided into north and south sections.