Hundreds of slabs and stone inscriptions discovered at a Persepolis palace 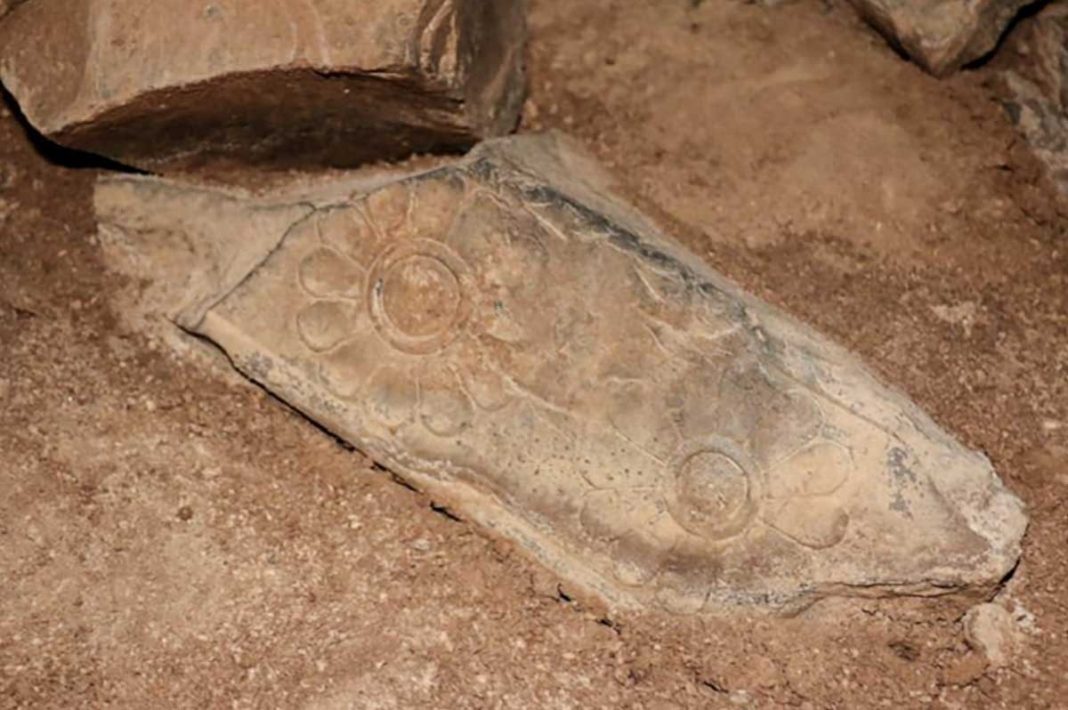 Iranian archeologists have discovered hundreds of slabs and stone inscriptions at Persepolis, the ancient capital of the Achaemenian dynasty of Iran.

The fifth season of exploration work at the water canals of Persepolis, in Iran’s Fars Province, have led to the discovery of hundreds of relief carved stones in the waterway of the southern courtyard of Tachar Palace, which are possibly related to the northern staircase of “H” palace.

Miras Arya News Agency cited the public relations of the Research Institute for Cultural Heritage and Tourism as saying that the discoveries were confirmed by head of the archeological team, leading the work, Ahmad Ali Asadi.

“This excavation was the follow-up to the fourth season and was aimed at determining how existing canals in the southern courtyard of Tachar Palace run,” he said.

“In the secondary water canal to the south, hundreds of pieces of relief-carved stones were spotted, which appear to be mainly from the main staircase to H Palace and were intentionally broken during the post-Achaemenid period and were disposed through vertical openings linked to the courtyard’s floor.”

Asadi added that the discovered pieces feature relief carvings of plants and humans.
“At least one of the examined slabs is inscribed with cuneiforms and if the collection of stones is fully explored, it is likely that we encounter more specimens with inscriptions,” he noted.

He said the discovery includes a large number of stones, noting that they hopefully shed light on some of the complications and problems in the northern façade of H Palace, which are among the most difficult archeological questions regarding Persepolis.

Tachar Palace, Tachara Palace – both meaning the winter house — the Mirror Hall or Palace of Darius the Great, is one of the earliest palaces built on the walled platform of Persepolis.
Stones, used in this palace, are grey and meticulously burnished to the point that they reflected images like a mirror and that is why the palace has recently taken up the name of Mirror Hall or Mirror House.

Different images are seen on the staircase to this palace, where inscription of Achaemenid kings Dariush the Great, Xerxes and Artaxerxes have been found.