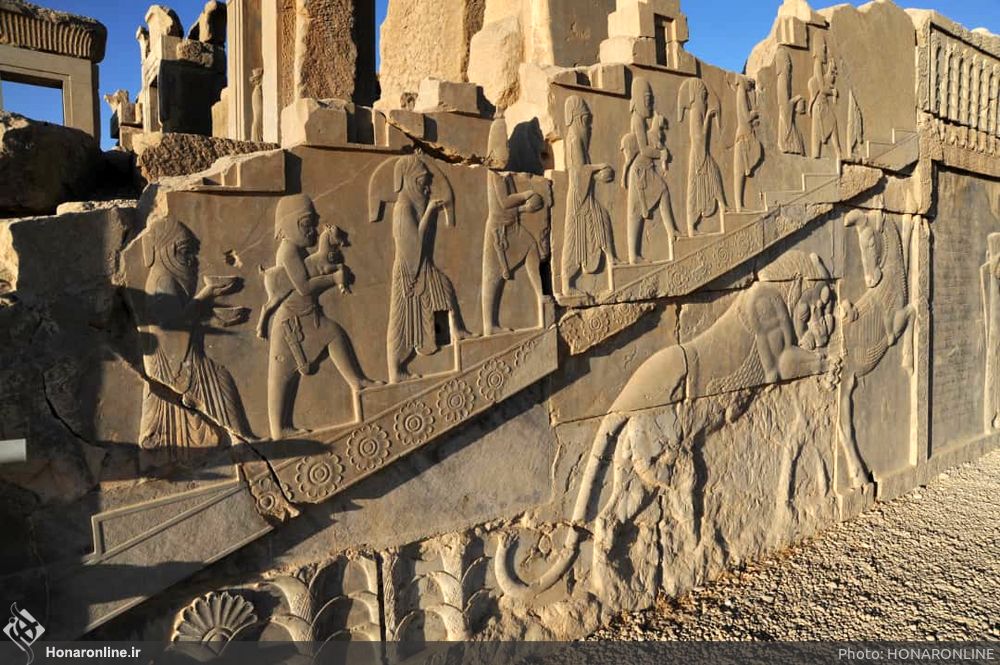 The ruins of Persepolis, located in Iran’s Fars province, is an ancient complex which narrates the nation’s rich culture and civilization.

Tablets, inscriptions and reliefs of Persepolis mirror many historical and geographical features as well as customs of the ancient Iran.

Many details about the Achaemenid era’s culture, art, clothing and tools can be discovered by looking at these remains- and that includes the wages of craftsmen and workers!
Iranians have combined their local art with that of different nations and lands in the construction of Persepolis.

After the fall of Achaemenids, the architectural and decorative style used in the monument has been propagated inside and outside Iran. It is still a source of inspiration for architects.
An interesting characteristic of Persepolis’ carvings is the absence of ashamed, humiliated figures: the representatives of other nations aren’t pictured as defeated warriors or slaves, but all are equal members of the great world community.

All the nations, from the Medes to Indians, Tunisians, Africans, and Greeks, are portrayed as independent, self-reliant figures. No one is on a horse; no trace of the Persians’ superiority or self-glorification is seen.

Also, it is clear that all people have been free to use their indigenous clothes and culture.
What follows are Honar Online News Agency’s photos of reliefs and sculptures in Persepolis; a stupendous monument that depicts the apogee of Persian art: