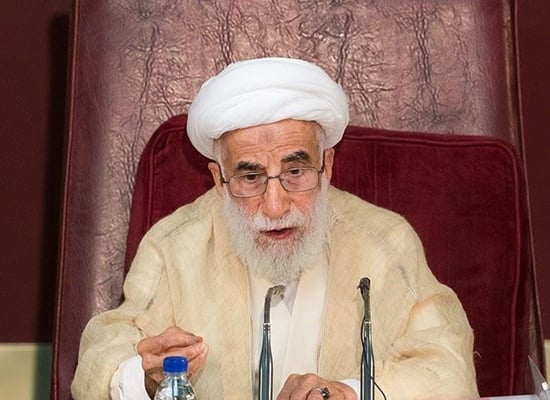 Prominent figures in Iran have slammed a statement by the Chairman of the Assembly of Experts calling on President Hassan Rouhani to apologize to the nation for the damages he inflicted on the country by pushing for the signing of the 2015 nuclear deal “without due caution”.

The statement, published Sunday by the website of the Assembly of Experts as the body’s official position, said the Leader of Islamic Revolution Ayatollah Seyyed Ali Khamenei had approved the deal at the administration’s insistence.

Ayatollah Ahmad Jannati, the chief of the Assembly of Experts which is responsible for selecting and monitoring the performance of the Leader, said Rouhani should offer apologies for failing to observe the “redlines” set by the Leader.

Jannati’s statement also expressed pessimism that Europeans could help keep the deal in place as they are apparently in cahoots with the US.

The government was quick to reject Jannati’s call for apology in a statement on Monday.

According to Tasnim News Agency, the statement said the whole process of nuclear negotiations was in compliance with the Constitution, the authority vested in the president, and Supreme National Security Council measures, which must be approved by the Leader.

The government statement said the critics demanding an apology from the administration were once concerned about the US presence in the JCPOA, but are now complaining about the US exit.

“Those who should apologize for wrong positions in the past are now arrogantly attacking national achievements,” it said, without addressing Jannati by name.

The statement said the government has devised plans to ensure Iran’s interests are protected after the US exit from the nuclear deal.

The government also called on all Iranian people and organizations to follow the guidelines of the Leader and boost national solidarity in standing against those who reneged on their commitments.

In a separate reaction on Tuesday, the government’s spokesman Mohammad Baqer Nobakht reiterated that the Leader’s concerns were taken into account by the government.

“It is no time to distract attention of diplomats busy with negotiations [with world powers],” he said.

“We have managed to prove Iran’s goodwill to the world. The world understood that we were not lying,” he said.

“Without a doubt, history will praise Rouhani and Ayatollah Khamenei will be known as a wise leader,” he said.

Among the well-known figures who censured Jannati’s statement was Ali Motahari, the deputy speaker of the parliament, who accused Jannati of making “paradoxical” statements.

“In this letter, on the one hand you have admitted that JCPOA was signed by the Leader’s approval and on the other hand you have asked the president to apologize to the people for the deal’s damages. Aren’t these statement paradoxical and probably an unwitting insult to the Leader?” Motahari asked, according to Khabar Online.

He also censured another part of Jannati’s letter that says it would be a religious and legal duty for the Foreign Ministry to get out of the accord if Europe does not provide binding guarantees.

“Are YOU in charge of determining religious duties or the Leader? Are YOU tasked with imposing legal duties of the diplomatic apparatus or Parliament?” he asked.

Motahari discouraged Jannati from “interfering in the affairs of other institutions”, saying the chairman would do well to adequately fulfil his duty of monitoring the performance of the Leader and bodies under his supervision.

“Addressing issues such as JCPOA and ordering the president and Parliament is not among responsibilities of the assembly,” he said.

Ayatollah Ali Akbar Massoudi Khomeini, a co-founder of the Society of Seminary Teachers of Qom, also rejected the statement as “unfounded”.

In an interview with ILNA on Tuesday, Khomeini urged Jannati to refrain from delivering remarks that “could be misused by enemies of Islam and the revolution”.

“You should watch your words and think [deeply] before making statement. Otherwise your words will be misused,” he said.

The cleric also warned opponents of the government not to use the US pullout as a pretext to vilify Rouhani’s administration.

“… This would be extremely detrimental to Islam, Quran, Iran and the Islamic Revolution,” he said.

The editor-in-chief of the moderate newspaper Jomhouri Eslami, Masih Mohajeri, said asking the president to apologize for a deal approved by the whole political system is more like an attempt to take “revenge” for previous political defeats.

In an editorial published on Tuesday, Mohajeri said such remarks does the country no good and weaken the hand of a government who is in the middle of a political battle with adversaries.

“Ayatollah Jannati has just expressed his views as a religious authority,” he added.